A New Way of Recognizing Students

June 11, 2019
This morning, the administration of Poe Middle School gave excellence awards to its seventh grade students. Unlike previous years, the awards this year were not described in the usual terms of scores in exams or grades in courses. It was nonetheless a recognition and its message was clear. Yes, the students got good grades but the awards were about the student's journey into learning. The awards ceremony I witnessed took Carol Dweck's advice of "Praise Children for Effort, Not Intelligence" to a palpable level. The administration at Poe Middle School described the awards as "aligned with Fairfax County's Portrait of a Graduate and International Baccalaureate Learner Profile Traits.

The aim of the IB programs are to develop internationally minded people who, recognizing their common humanity and shared guardianship of the planet, help to create a better and more peaceful world. IB learners strive to be:

The awards were based on the above traits. I am proud to say that my son received the "Inquirer" award: 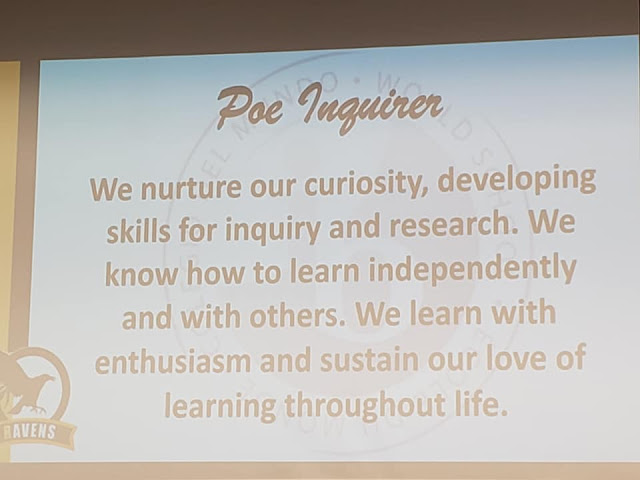 These awards were given to seventh grade students. Poe's principal, Jason Pannutti therefore took the opportunity not only to praise the students' efforts, but at the same time, reminded them of their responsibility next year when their class becomes the leader and the example to follow by sixth and seventh graders. What Poe Middle School had done this year went so much more than just praising the effort. One simply has to look at the description of each award. None of this leaves room for a student to compare himself or herself with other classmates. These traits have nothing to do with competing with other students. These traits talk to each individual student. It is truly a different honor roll. 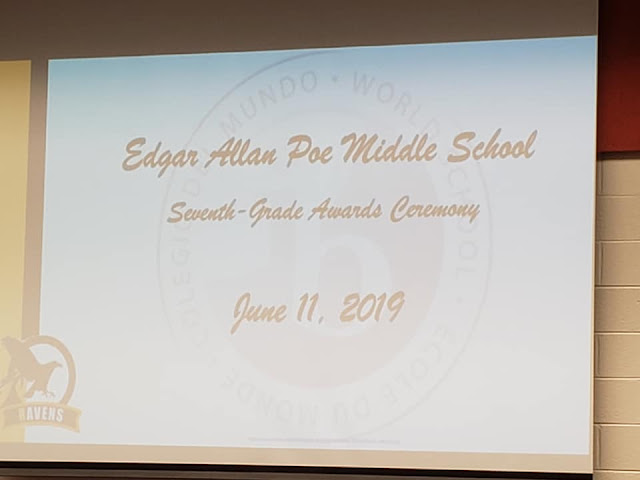 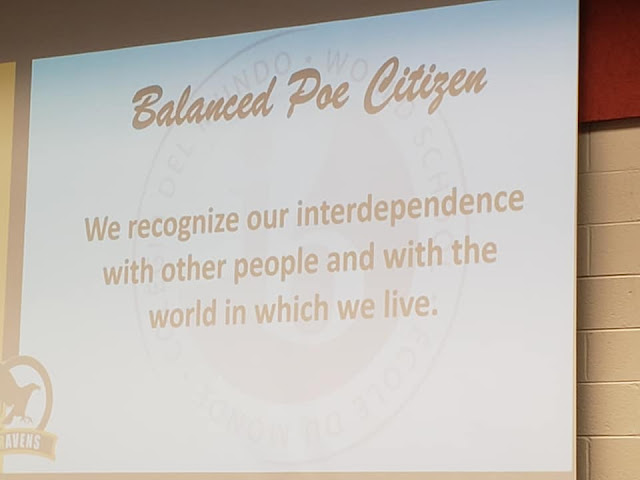 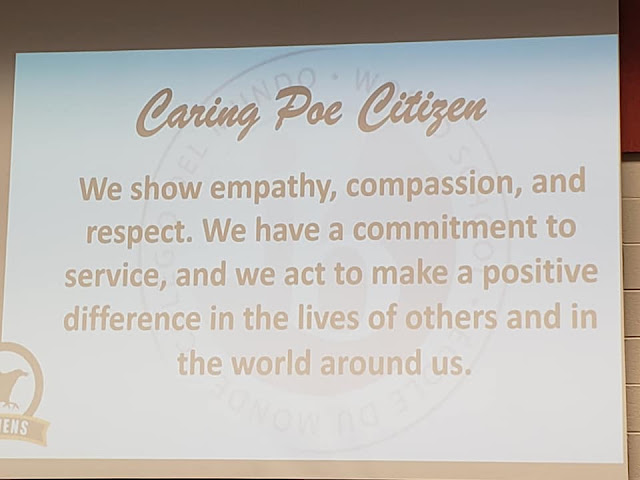 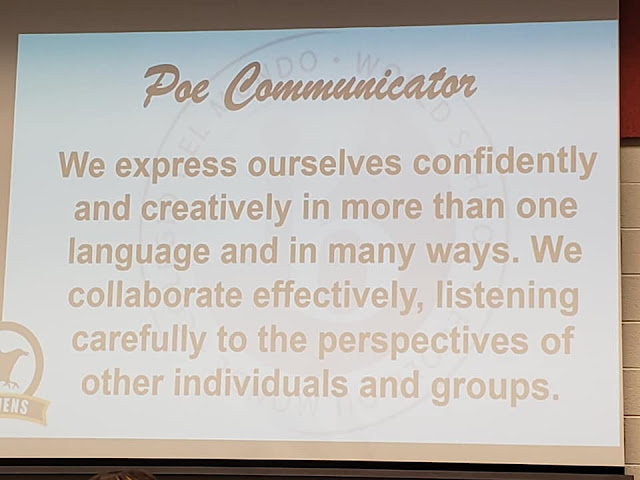 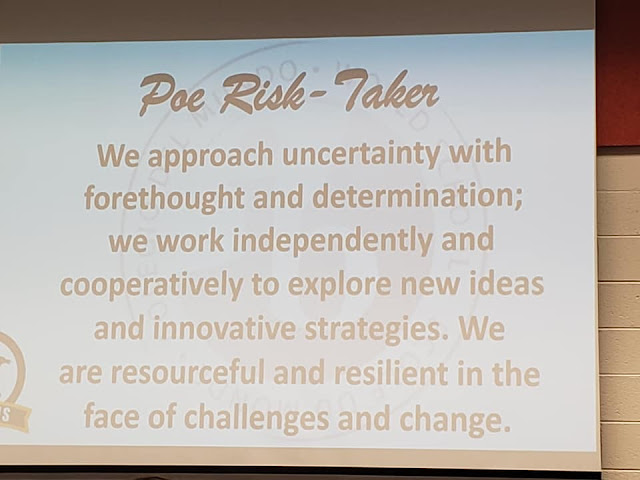 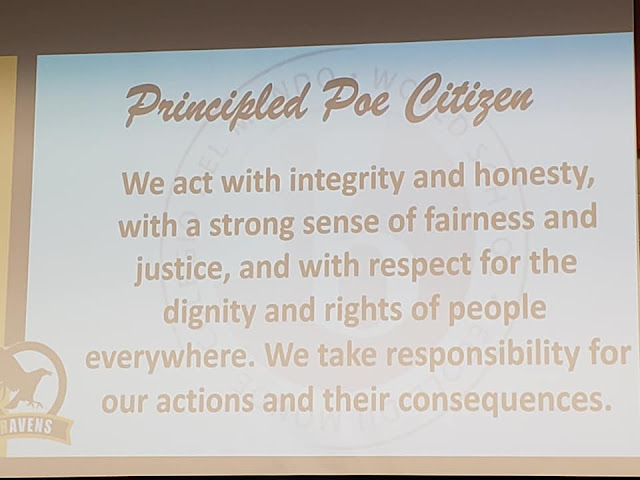