Islamic Terror in the Philippines

May 24, 2017
For someone who is thousands of miles away from what has transpired in the Philippines, I am clearly clueless of what is actually happening. In contrast, I have a much better grasp of what occurred in Manchester. For Marawi City in the island of Mindanao, there are tons of misinformation. With the reported clashes between an Islamic terrorist group called the Maute group and government forces, it has become evident that a major news source in the Philippines, is also a source of fake news.

The above photos turned out to be those of a different bombimg accident that happened several years ago. The Reuters' report yesterday was much less sensational:


Five Philippine soldiers were wounded on Tuesday in a clash when they raided an apartment where Islamic State-linked militants were hiding in a city on the southern island of Mindanao, the army said.
The focus of the raid was about 15 militants belonging to the Maute group, which has pledged allegiance to Islamic State in the Middle East. The fighting was still going on by nightfall...
...Officials urged residents to avoid spreading rumors that rebels has seized a hospital....

Back in Novermber, the Maute group seized Butig, a town in Lanao del Sur, the same province to which Marawi City belongs. And in January, government forces staged aerial strikes in the same area with the hope of killing Maute's leader, Isnilon Hapilon. The most recent clash is likewise an effort to capture Hapilon.

The latest news from Reuters is the following: 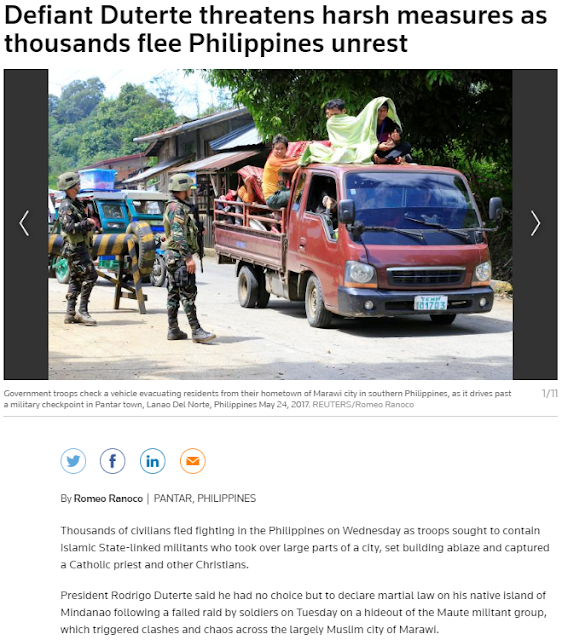 Maute fighters did indeed take over some parts of the city and the military is reporting that there are snipers and booby traps, hampering army operations. And amidst the violence, President Duterte has declared martial law on the whole island of Mindanao. Duterte's response should not really be seen as especially harsh. Soldiers have been deployed in cities in the United Kingdom following the suicide bombing in Manchester. And what happened in Marawi City is so much more audacious: A terrorist group is openly clashing with government troops.

With fake news and lack of information, it is not easy to discern fully what is really happening in Mindanao. I am fortunate that I have a friend on Facebook who is also a former classmate in high school, Alfonso Corpuz. He currently teaches in Iligan which borders the province of Lanao del Sur. The following was his response when I asked him what he knew after I shared with him what Reuters was reporting:


We are pretty sure of the news we get because of texts and streams from citizens of Marawi. They are complaining of LACK OF MEDIA COVERAGE and if any it is so short and passing. Marawi City is in blackout, fire is burning, one house after another by ISIS-Maute group. Friends text us of the Hospital capture and eventual release. Army is controlling the entrance and exit in the city perimeters. There's truth in the news but it lacks details. We know the details, they know the story or at least part of it. The hospital was not completely taken over.

Today, Alfonso also shares his thoughts regarding the declaration of martial law: 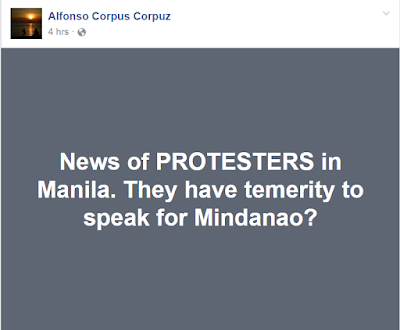 I guess his comment can be directed to Victoria Garchitorena, a known critic of President Duterte:

Declaring martial law, however, is clearly defined in the Philippine Constitution:

There is Islamic terror in the Philippines, yet oligarchs are much more eager to sow partisanship instead of unity against terrorism. What government officials need to be reminded of is the fact that the Constitution of the Philippines is still in place. Not upholding the supreme law of the land gives birth to terrorism. There is a reason why these terrorists are burning schools.

The terrorists apparently attacked a hospital as well. Islamic terror in the Philippines is similar to what is happening in other countries in terms of violence and casualties. There is, however, one big difference between Manchester and Marawi City. While the bomber grew up in Britain, his parents were from Libya. Islamic terror in the Philippines comes from Mindanao itself. Terrorists in the Philippines are not only fighting against the national government, they are also fighting to win the hearts of the people of Mindanao. Terrorists win the hearts of the people when the government fails to respond to the people's basic needs. Communities become safe havens for terrorists when the national government fails to protect the rights of the people in these communities. Indeed, martial law is now necessary to bring order to Mindanao. But to bring peace, the government must uphold its own Constitution. One clear obligation that the Constitution places on the national government is to bring quality education and health care to the people of Mindanao.

After I have posted this on my blog, I have seen images that seem to suggest that since Marawi City is such a small city compared to the island of Mindanao, declaring martial law over all of Mindanao is an exaggerated response. Well, Manchester is also a small city in the United Kingdom, yet the bombing there has prompted the government to declare a Critical Terror level which involves deployment of soldiers on the streets of Britain. 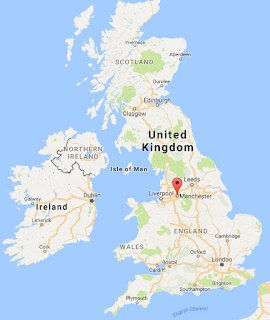 Is this an overblown response as well?