Yet Another List of Top Universities in the World

July 16, 2014
This one comes from the Center for World University Rankings, based in Jeddah, Saudi Arabia. Harvard, Stanford and MIT, from the US, capture the top three spots: 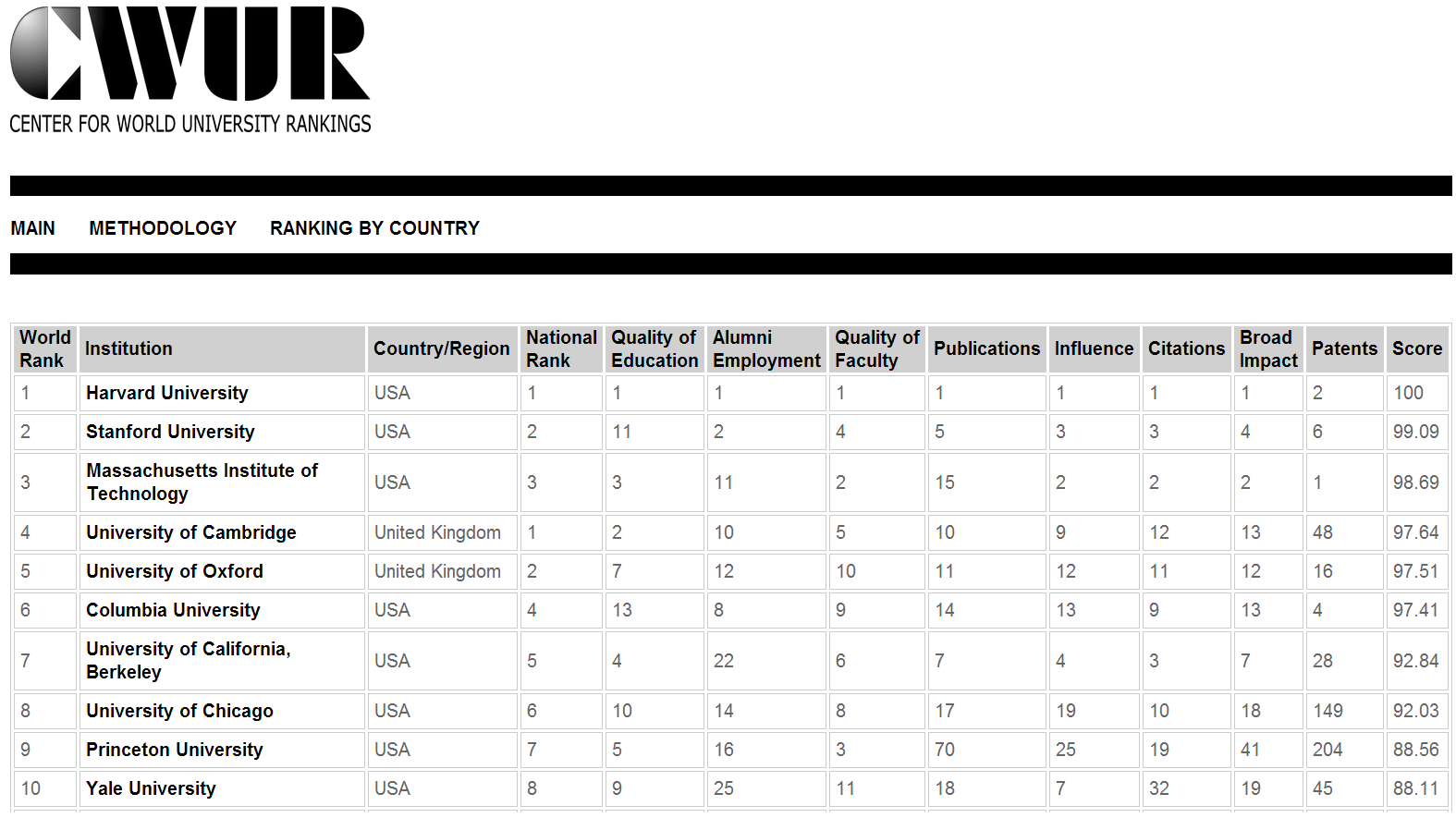 The ranking methodology is claimed to be independent of surveys and university data submissions. It relies solely on the following data:


With this methodology, the University of Tokyo in Japan captures #13, the highest spot for Asia. In the list of the top 1000 universities, about 100 are from China, while Japan has 74. South Korea has 34, Taiwan has 26, India has 15, Iran has 8, Singapore has 2. Both Thailand and Malaysia have 3. Hong Kong has 6. There are no universities in the Philippines that made the list. The following are the countries that have universities on the list: