East Versus West: A False Dichotomy

July 02, 2014
As a physical chemist, I work with numbers and molecules. These numbers and molecules are like windows through which I could view the world and myself. Learning is universal. It is part of being human. I sometimes cringe when I hear comments on education that trumpet nationalism or patriotism. Such comments unfortunately come from various groups in the Philippines. For instance, here is DepEd Secretary Luistro's take on math and science education in the Philippines,


"... If we look at the old education system, a lot of the subjects included are very alien to Filipinos, especially the sciences and math. I think that’s why in the past several years, we have rated very low in those two subjects, science and math. I think the old curriculum was not really enmeshed with essential elements of the Filipino culture. We have to ask the question: How does a Filipino naturally think?"

The world is indeed composed of various cultures, but is it really
necessary to highlight this even in areas of universal human accomplishments such as math and science? 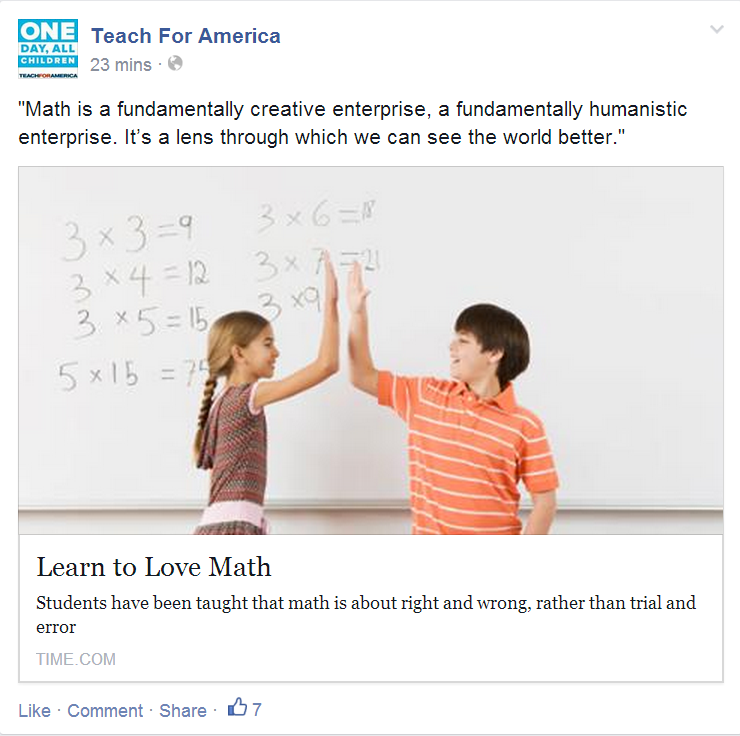 Mathematics is indeed a universal language. It is puzzling therefore to hear that learning such a universal enterprise would have distinctive cultural aspects. Along this line, it is noteworthy to mention a new book from ASCD, "West Meets East": 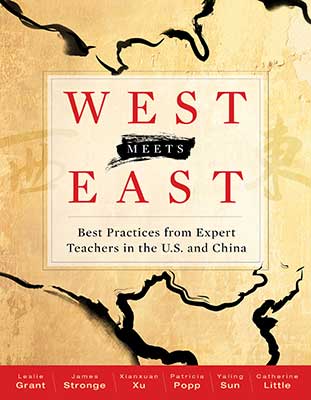 ASCD has provided an infographic that captures what may be the most important conclusion of the book: 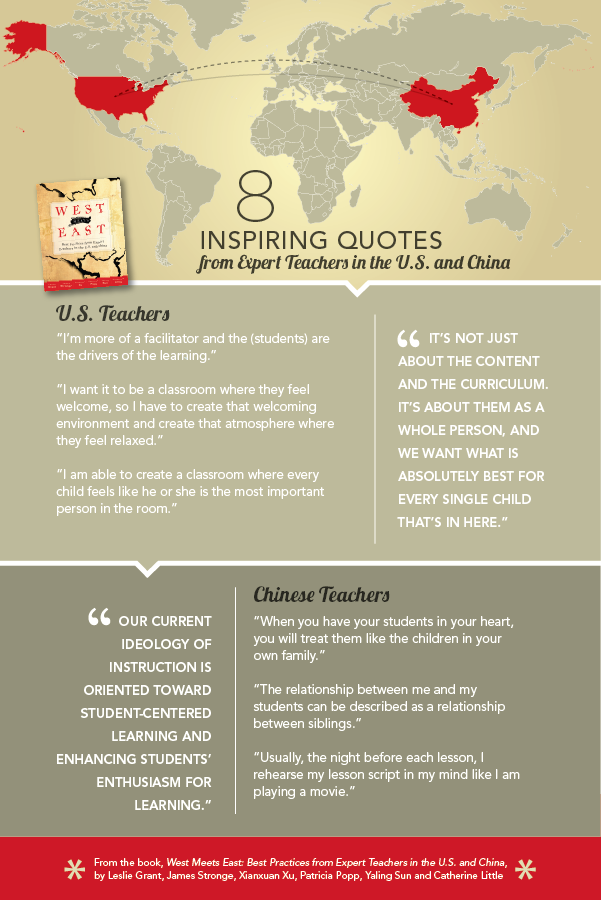 Here is an excerpt from the book:


"Although the cultural contexts and educational systems certainly play a role in the differences between these countries' educational outcomes, the fact of the matter is that teachers are the ones, in both countries, who directly impact student learning. How do they do it? What lessons can teachers in the "West" learn from their colleagues in the "East," and vice versa? As the world continues to get flatter, our natural curiosity takes over and our ability to answer these questions can be realized. We trust that the findings presented in the following chapters will contribute to a richer understanding of a vital issue faced by both countries: teacher effectiveness."

When it comes to teacher effectiveness, here are various theoretical frameworks. And as alluded by the selected quotes presented in the above infographic, there are really much more similarities than there are differences. A good teacher is one who is reflective, able to manage a classroom, plans and organizes, attentive to the needs of the students. There are things that are universal. Why highlight the differences between educational systems? It is quite easy to state that nationalism should not advocate economic, political, scientific or cultural isolation. Unfortunately, openness is oftentimes an antonym of nationalism.