Rejection Is An Acceptable Choice But Not Misinformation

March 21, 2014
Evidence is usually provided to support an assertion. The burden of proof always lies on whomever is making a claim. Nowadays, policy makers are quick to use the "evidence-based" phrase to describe their proposals. "Evidence-based" is basically utilized to provide a scientific flavor often associated with having proof. Science, unlike mathematics, is not about proofs. Science primarily aims to arrive at a "well-substantiated explanation of some aspect of the natural world, based on a body of knowledge that has been repeatedly confirmed through observation and experiment." That well-substantiated explanation is called a theory. The main job of a scientists is not so much about forming an opinion or a guess - it is more about carefully collecting data and making sense of what is observed.

The American Association for the Advancement of Science (AAAS) recently issued a report entitled "What We Know: The Reality, Risks and Response to Climate Change": 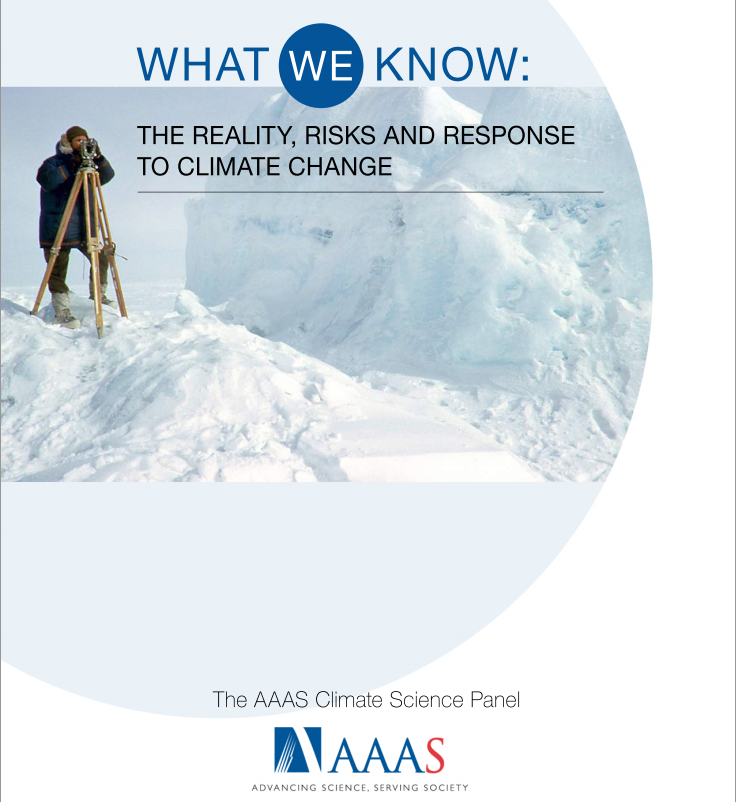 2.  We are at risk of pushing our climate system toward abrupt, unpredictable, and potentially irreversible changes with highly damaging impacts. Earth’s climate is on a path to warm beyond the range of what has been experienced over the past millions of years.

3. The sooner we act, the lower the risk and cost. And there is much we can do. Waiting to take action will inevitably increase costs, escalate risk, and foreclose options to address the risk.

...As scientists, it is not our role to tell people what they should do or must believe about the rising threat of climate change. But we consider it to be our responsibility as professionals to ensure, to the best of our ability, that people understand what we know: human-caused climate change is happening, we face risks of abrupt, unpredictable and potentially irreversible changes, and responding now will lower the risk and cost of taking action.

The above paragraph expresses something of great importance. It is not an aim of science to change people's beliefs. Scientists provide data to inform. Scientists draw theories to explain. One can disagree with scientists. Scientists are supposedly not here to argue policies. However, scientists can not sit idle when their science is being misunderstood.

Days before the AAAS report was made public, the following was the headline from Wyoming's Star-Tribune: 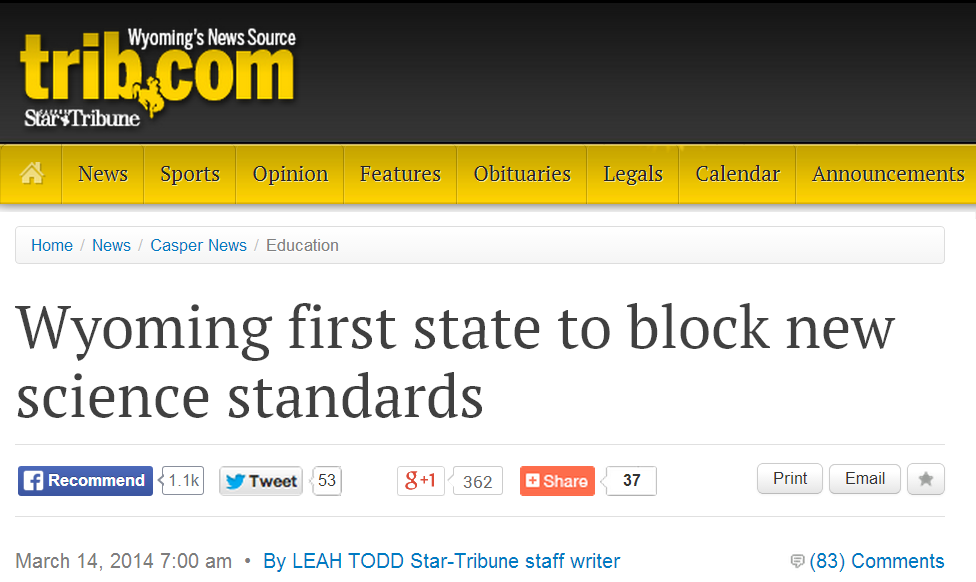 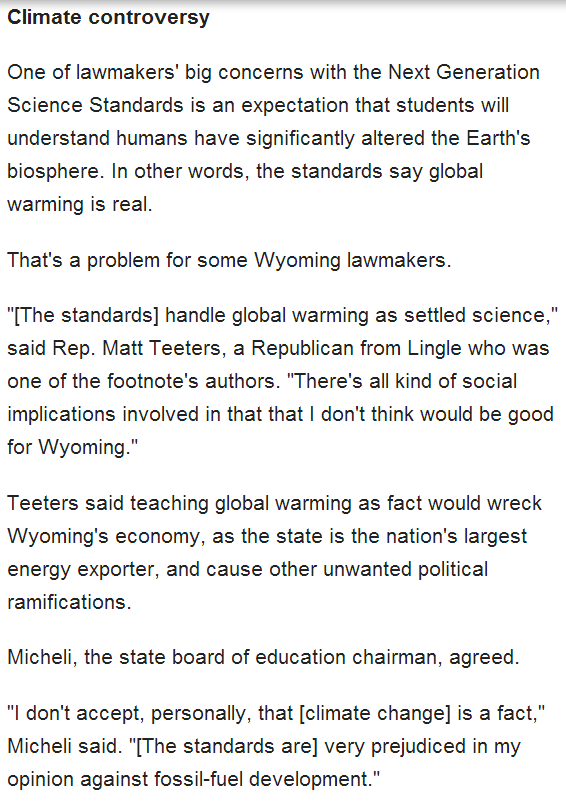 It is alright to disagree with scientists. However, it is wrong to misrepresent what scientists are saying.