March 09, 2014
Burgess and Ratto in "The Role of Incentives in the Public Sector: Issues and Evidence" enumerated three reasons provided by teachers' unions in the United Kingdom against Performance-Based Pay for public school teachers:

William Firestone of Rutgers University has reviewed past and current research in "Teacher Evaluation Policy and Conflicting Theories of Motivation" to determine how such incentives work in the United States. Firestone arrived at the following conclusion: 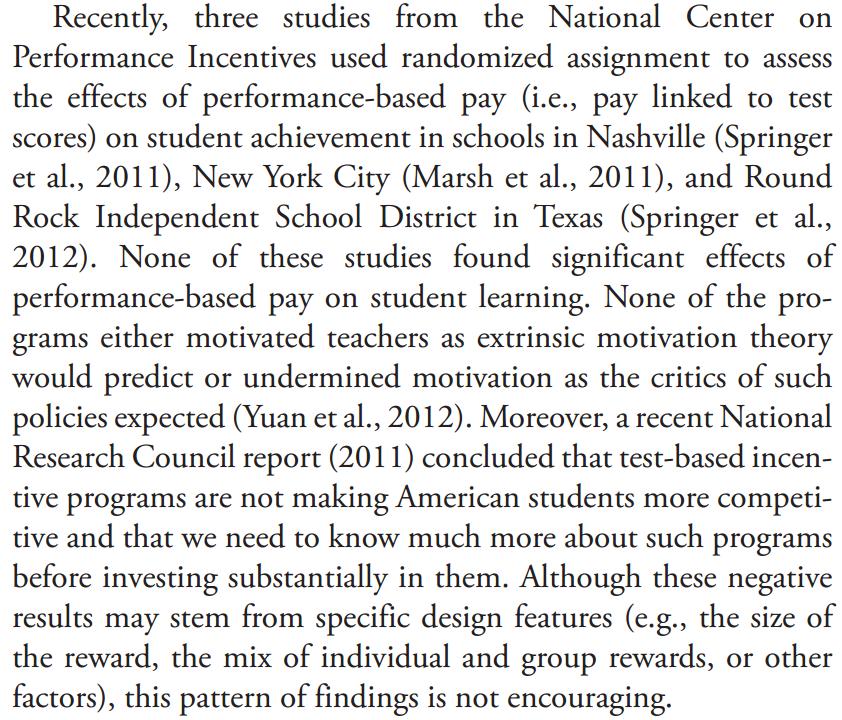 The benefits from a bonus system that rewards teachers based on students' scores on exams are indeed lacking. Whether one agrees or not with such system, it is clear that money can lead to unintended consequences. People can change their behavior when focused on monetary awards. It can lead to people overemphasizing the tasks that influence directly the measurements that decide who gets the bonus, creating a dysfunctional school environment. And in the Philippines, similar to some school districts in the United States where students' exam scores have been linked to teachers' pay, cheating is occurring:

The results are out there with regard to how performance-based-pay schemes influence learning. It does not. The news is here. There is cheating, yet policy makers seem totally deaf and blind. The message from the public school teachers is crystal clear: Trash the performance-based-pay system of the Aquino administration.