The video raises questions and answers these with "data". Emmeline Zhao, associate education editor at the Huffington Post wrote a commentary on this video entitled, "'Why I Hate School But Love Education' Viral Video Points To Stupid In America And All The Wrong Questions". She wrote:

Suli Breaks has a point -- school might not be for everyone, but an education is crucial, and students should assess whether they're really in school to learn. But the arguments he uses to make it have their flaws -- evocative of this crisis of "stupid in America" (a phrase borrowed from a 2006 ABC investigation) that in the end, is only perpetuated by a whirlpool of communities -- and the media -- asking all the wrong questions about education.

The "statistics" he points to in fact show, time and time again, that degree-holders have more opportunities and earn more than non-degree holders over a lifetime. The top dogs he cites as examples are exceptions to the rule, and have generally had some level of formal schooling.

We all have a tendency to pick instances that support what we like to be true. Anecdotes always make good conversation. I also do that from time to time. The problem is that these instances are interesting to talk about because of their exceptional character. The "exceptional" part is very important and should not be overlooked especially when one is trying to prove a point.  Steve Jobs and Bill Gates did not finish college and yet, became among the most successful entrepreneurs of our time. These are truly exceptional. Using these extraordinary examples hides the other and much more important pieces of data. The following was compiled and presented by Steven Strauss, an advanced leadership fellow at Harvard University, in a Huffington Post article, "The Connection Between Education, Income Inequality, and Unemployment":

Notes: All amounts are in real terms; SAUS (Statistical Abstract of the United States) published by the US Census Bureau.
With the above data, one should wonder why Suli Breaks' video has a very high approval rating. Do we simply ignore the reality because there is something else we choose to believe? When we look at the data below: 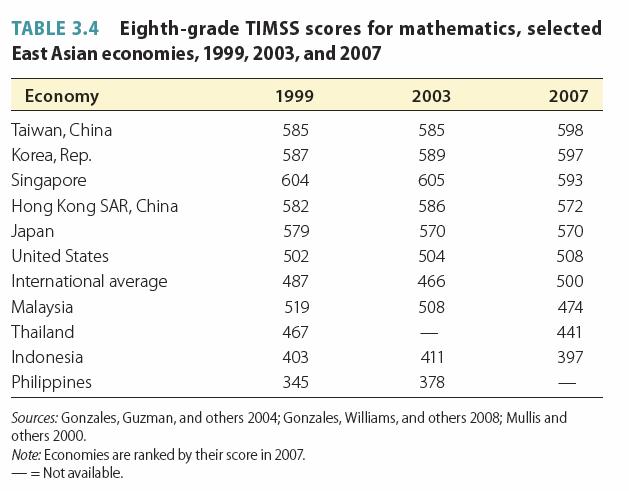 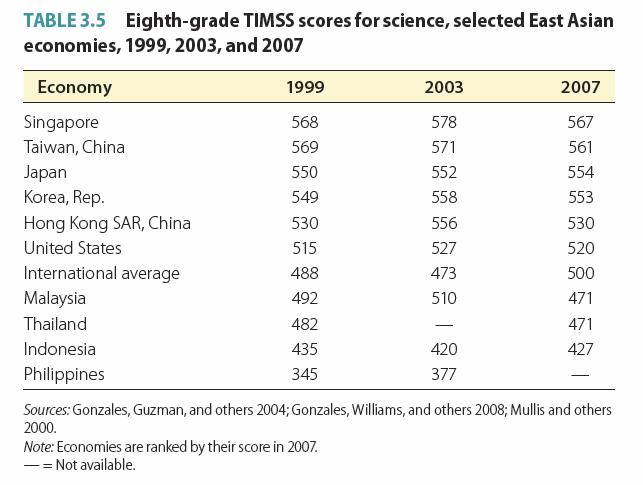 Do we not see what these numbers really mean?  These scores reflect the education of eight-grade students. The poor scores here point out clearly that problems in Philippine basic education happen in the first eight years.  The TIMSS 2011 results have been published but the Philippines is not among the countries that participated.  Indonesia did and scored 386 in Math and 406 in Science. Like the Philippines, Indonesia has been reducing both English and Science in its primary schools.
The Philippines' DepEd's K to 12 program appears to have chosen to ask the question, "Why is the country being left behind?" With this question, the answer given to the masses is that the Philippines is among the very few that have only ten years of basic education. It is the wrong question and wrong data. Instead, the Philippines should ask "Why are the first 8 years of math and science education not working?"

What are we doing wrong?