December 06, 2012
The Philippines is not the only country that is currently overhauling its basic education. The United States is likewise implementing a dramatic change in its K-12 education. Public school education in the US is a primary responsibility of each state, thus, most reforms are not sweeping across the entire country. However, there is one that is being embraced by almost every state: The Common Core Standards. 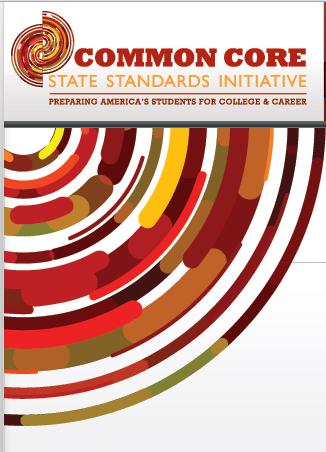 In some ways, this set of standards is similar to what DepEd's K to 12 has except that in the US, the standards have already been defined, there is no specific curriculum guide provided to meet these standards, and each school is responsible for developing and producing the lessons and activities that will enable students to reach the goals set by the standards. Not every school is implementing the reform yet and only selected pilot schools have chosen to do so. The States of Virginia, Nebraska, Alaska, Texas and Minnesota have not adopted the Common Core Standards.

The following briefly explains the nature of the Common Core Standards:


The Common Core State Standards provide a consistent, clear understanding of what students are expected to learn, so teachers and parents know what they need to do to help them. The standards are designed to be robust and relevant to the real world, reflecting the knowledge and skills that our young people need for success in college and careers. With American students fully prepared for the future, our communities will be best positioned to compete successfully in the global economy.

Standards do not tell teachers how to teach, but they do help teachers figure out the knowledge and skills their students should have so that teachers can build the best lessons and environments for their classrooms. Standards also help students and parents by setting clear and realistic goals for success. Standards are a first step – a key building block – in providing our young people with a high-quality education that will prepare them for success in college and work. Of course, standards are not the only thing that is needed for our children’s success, but they provide an accessible roadmap for our teachers, parents, and students.

The Common Core State Standards Initiative is a state-led effort coordinated by the National Governors Association Center for Best Practices (NGA Center) and the Council of Chief State School Officers (CCSSO). The standards were developed in collaboration with teachers, school administrators, and experts, to provide a clear and consistent framework to prepare our children for college and the workforce.

The NGA Center and CCSSO received initial feedback on the draft standards from national organizations representing, but not limited to, teachers, postsecondary educators (including community colleges), civil rights groups, English language learners, and students with disabilities. Following the initial round of feedback, the draft standards were opened for public comment, receiving nearly 10,000 responses.

The standards are informed by the highest, most effective models from states across the country and countries around the world, and provide teachers and parents with a common understanding of what students are expected to learn. Consistent standards will provide appropriate benchmarks for all students, regardless of where they live.

These standards define the knowledge and skills students should have within their K-12 education careers so that they will graduate high school able to succeed in entry-level, credit-bearing academic college courses and in workforce training programs. The standards:


The Common Core State Standards began with an initiative from forty nine states and territories on June 2009. The standards were developed by two teams, a Work Group and a Feedback Group, that were formed on November 2010:

The Feedback Group will continue in its current capacity for the K–12 standards, providing information backed by research to inform the standards development process by offering expert input on draft documents.

It took four months to develop a draft. And for about three months, comments on the draft were solicited. The Common Core Standards was officially launched by the National Governors Association and State Education Chiefs on June 2, 2010.

The Key Points of the Common Core standards for K-12 education can be found in the following links:

The Common Core Standards are presented in the following:
It has been more than two years since the official launching of the Common Core and there are now stories to be told from the pilot schools that have chosen to implement the new standards. The following is a special report from the Public Broadcasting Service. It provides an inside view to a Chicago public school that has been testing the Common Core standards since 2010. This is the first year that all Chicago public schools are adopting the new standards. It is narrated from experiences and views of the teachers. Seeing how an extensive overhaul of the curriculum is done in this particular example provides a helpful perspective. There is clearly a huge difference between what is going on in US public schools and what the Philippines' DepEd is doing in its public schools.

Here is Huffington Post's take on the video:

Even the most ardent critics of the nationwide Common Core Standards initiative can't dispute the school's strong student improvement: Armour's state standardized test scores have moved up 16 points, in a school where 98 percent of students are low-income and come from a high-crime neighborhood, PBS NewsHour reports.

Illinois is one of 46 states that have adopted the Common Core State Standards, a set of academic benchmarks that raises the bar for teaching and learning across the country. The goal of the states-led initiative is to establish a uniform set of expectations for what students must learn, eliminating educational inequities, and to ensure college and career-readiness.

The standards focus on teaching fewer subjects in greater depth, replacing a melange of educational expectations that vary wildly across districts and states.