Pearson and Ayala: Making Profit out of Education

March 07, 2018
No one that I know joined the teaching profession to become rich. A teacher's profit lies in what students learn. Yet, companies have long been affiliated with education as businesses often provide textbooks, infrastructure, software and other learning resources or materials. What requires critical thought is the recent push by for-profit enterprises to control fully what is happening inside a classroom. In an article I posted on this blog almost two years ago, this concern has been raised. "A public education system in decline, a government that is more than willing to lift restrictions just to entice privatization of education, and a globalized economy that now can easily dictate what wages should be and not ought to be can easily combine to form a destructive corporatization of basic education. Learning outcomes in basic education are closely tied to the quality of life of children both inside and outside schools. This is a fact strongly supported by research. No corporation therefore can claim any ability to turn around failing schools in poor communities or developing countries without improving first the lives of the children in these depressed neighborhoods."

This anxiety hits home as Pearson and Philippine-based Ayala group have joined to fill the huge gap for senior high school as introduced by the new K to 12 curriculum in the Philippines. Sadly, the Philippine government is simply dawdling in its response to the challenges of the new curriculum. There is a bill submitted in the House of Representatives that specifically addresses the Ayala-Pearson schools. It is H.R. 1719, filed by Representatives Antonio Tinio and France Castro. The move is basically asking for a congressional inquiry on why Ayala-Pearson has been exempted from standards imposed by the Department of Education regarding curricula, qualifications and workload of teachers and staff, school sites, and other requirements for laboratory, science, and other facilities. Exemptions from such supervision warrant our close attention since profit-driven companies are always looking to cut costs. In Riep C. & Machacek M. (2016): “SCHOOLING THE POOR PROFITABLY: The innovations and deprivations of Bridge International Academies in Uganda”, the work of Pearson has been described as follows: 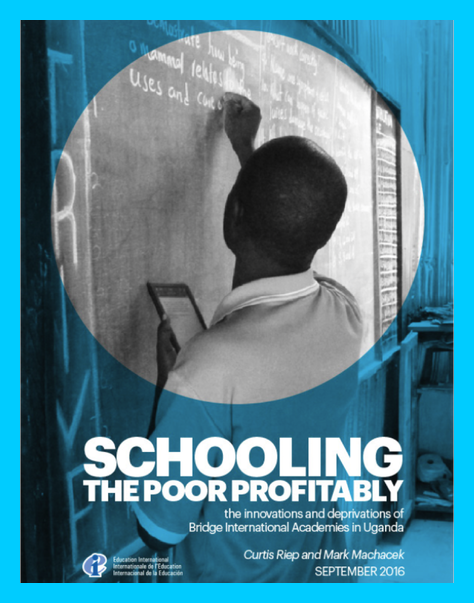 The quality of education the company does provide, relative to the country’s educational standards, is greatly compromised by the lengths it is willing to go in order to drive down its operating costs and achieve economies of scale for profit. Classrooms have been constructed poorly, untrained and underpaid teachers merely read off a curriculum that is designed by someone else, and the role of teacher-computers threatens the very teacher-pupil relationships that are conducive to learning and child development.


If there is any doubt at all on how much profit drives the Pearson company, its recent actions are clear. EducationWeek reports: 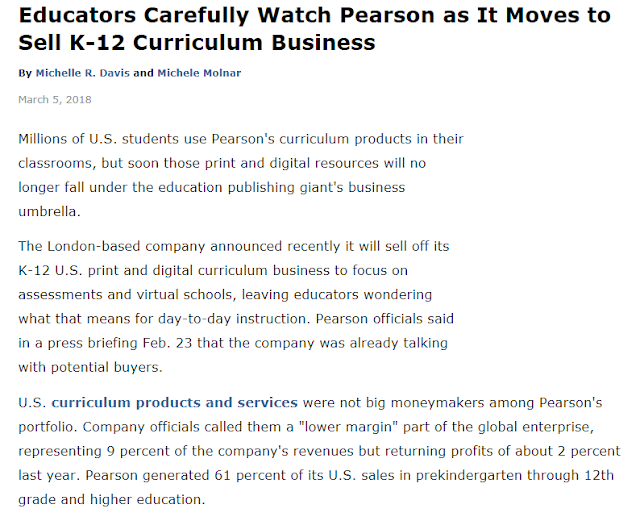 To a for-profit company, children are not really important. Money-making is the only thing that counts.