It Was a Windy Day

March 02, 2018
Schools in Fairfax and neighboring counties were closed today because of high winds. My son took the opportunity to work on his science project. His project was to measure what happens to the freezing point of water when substances are dissolved. Included in his study was a sample of crystals from WinterMelt. He wanted to check if adding these crytals would indeed lower the freezing point of water. 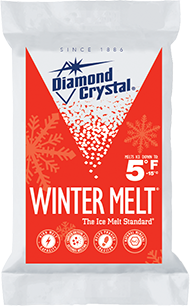 To do this project, my son therefore went with me to work this morning. We had everything he needed in our laboratory at Georgetown. The following were the materials he used: 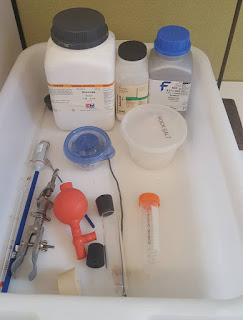 He would work with sodium chloride (NaCl), starch, sucrose and WinterMelt. To measure the freezing point, this was his setup: 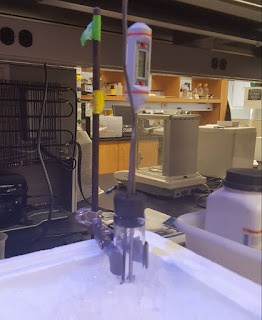 He thought it was fancy to use a digital thermometer. He also learned what freezing point really meant. It was the temperature at which both solid and liquid could be present. The photo below was a sample that was partially frozen. Both metal stirrer and thermometer could be seen in this picture. 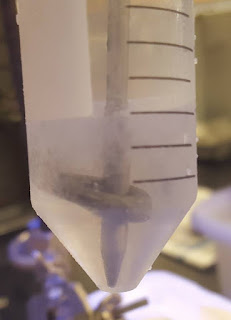 He also liked the fact that he was using a digital balance to measure what he was adding to water. 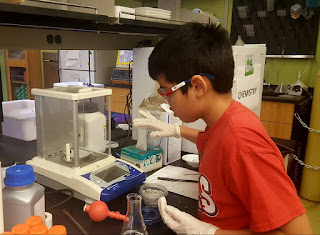 And he was actually pretty good in weighing a given amount. This was pretty close to what he wanted (1500 milligrams). 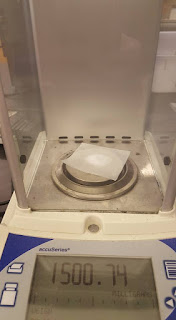 To add a known amount of water, he was using a pipet:

But the part he liked the most was using the Vortex Genie (which helped him mix the solution). 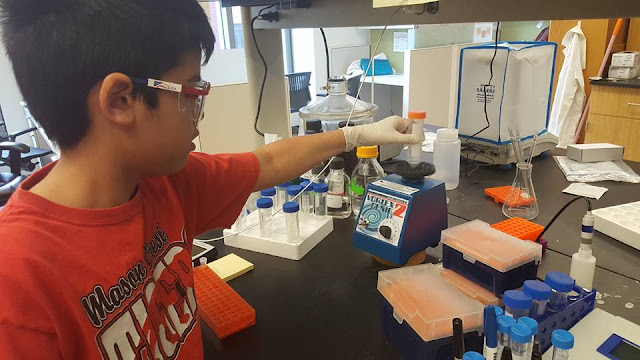 And the results he obtained were actually decent. 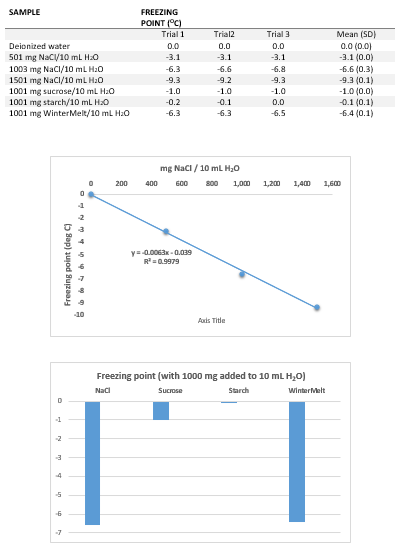 The ideal value for the slope on the first graph was actually -0.0063, equal to what he got. He also discovered something - WinterMelt was in fact NaCl.

At the end of the experiment, he told me that he actually enjoyed working in the laboratory. I guess it was a fun experience for him. And he said it was indeed a good thing to do indoors when the weather outside was horrible.

I guess kids do enjoy doing hands-on science experiments. And he was learning at the same time.