Books Are Children's Windows and Mirrors

February 06, 2018
Books tell us about ourselves and books tell us of the world we live in. The Education Department in South Africa was brought to court in 2012 for its failure to deliver textbooks to schools in its Limpopo province. In his ruling, Judge Neil Tuchten of the North Gauteng High Court stated, "Textbooks have been part of the stock in trade of the educator for centuries. There is something special about a book. It has a very long life, far longer than that of the individual reader. It is a low technology device. It is accessible to anyone who can read the language in which it has been written. During the hours of daylight it can be read without any other supporting technology at all. It needs no maintenance except the occasional strip of adhesive tape." Research has long shown that textbooks are correlated with academic achievement. The availability of textbooks is found to be especially crucial in developing countries. In the 70's, the World Bank found that textbooks in the Philippines even have a greater impact on poor children. There is no question regarding the absence of textbooks and other learning materials in some schools in the Philippines especially with the newly developed curriculum. Unfortunately, there is also a problem of quality.

Several images are currently circulating in social media. The following were shared by writer and educator Rebecca T. Añonuevo: 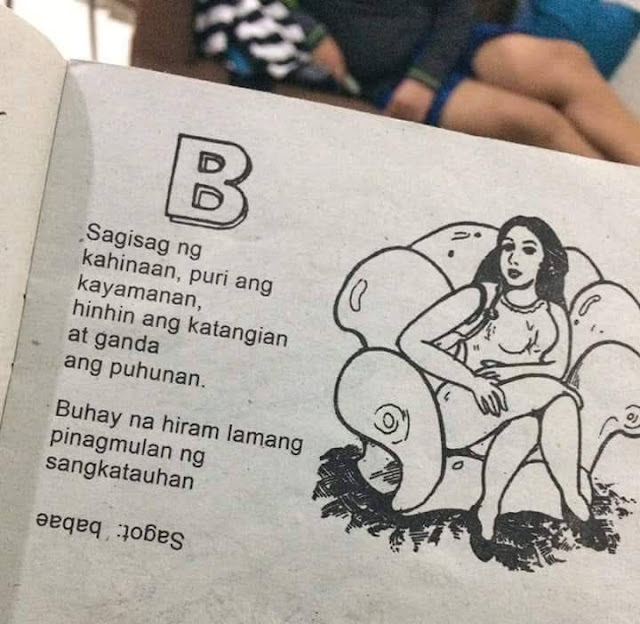 The above is supposed to be a puzzle. The following is my translation: 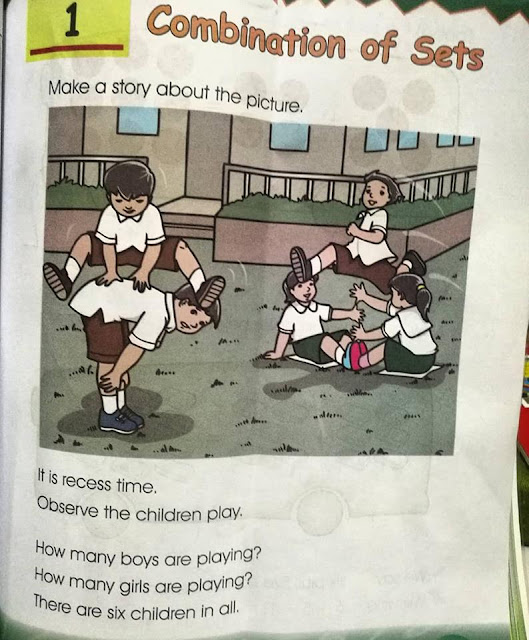 The above obviously cannot count the number of children in the picture. 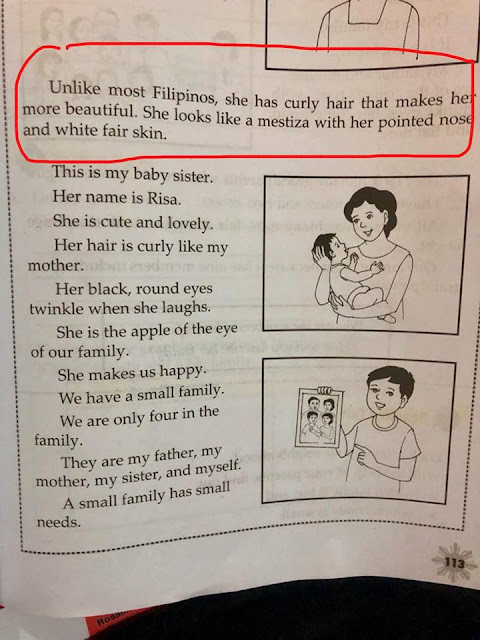 The above does demonstrate that books are mirrors. The above reflects some of the lingering attitudes of some Filipinos with regard to what is beautiful.

Seeing the above pages does make me wonder. Perhaps, it is better not to have these books.