What Is Behind the News?

January 04, 2018
"The ancient Roman and Greek Orators could only speak to the Number of Citizens capable of being assembled within the Reach of their Voice: Their Writings had little Effect because the Bulk of the People could not read. Now by the Press we can speak to Nations; and good Books & well written Pamphlets have great and general Influence." Benjamin Franklin could very well say something similar with regard to social media. Sadly, "good Books & well written Pamphlets", as demonstrated by one of Franklin's actions, include composing and spreading fake news. While in France, Franklin printed a fake issue of Boston's Independent Chronicle in which he made up a story of American forces discovering bags containing scalps of soldiers, farmers, women, children and even infants from inhabitants of New York, all of which supposedly taken by Senneka Indians who were in cahoots with King George. Such fake news not only placed the British in a bad light, but also tarnished the image of Native Americans. Individuals have an agenda and if there are means to sway people's opinions, misinformation or fake news will always be with us. And there is no easy cure for fake news. In basic education, there is that dream of helping students to become "critical thinkers". There is just one tiny problem with that dream: Critical thinking is expert thinking. To easily spot misinformation, one must be correctly informed.

Ironically, there is likewise fake news on fake news.

The above, however, is a satire. Although nowadays, some are likewise not able to tell when a piece is satirical. But there are indeed attempts to misinform people on misinformation. Here is one: 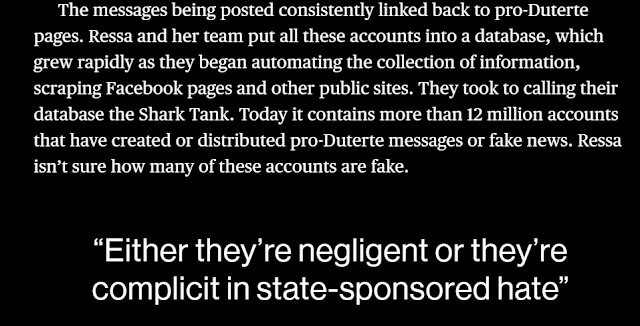 The above excerpt is not part of a satirical article, but a part of an allegation made by Maria Ressa, co-founder of a Philippines' online news site, Rappler. Ressa has been continuously nagging Facebook. Apparently, the way Facebook works did not go entirely to her advantage. Ressa criticizes the current Duterte administration but her approach is widely seen as biased. Here is a tweet from Ressa weeks ago: 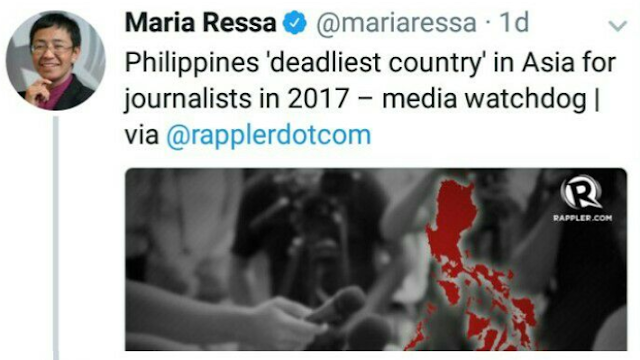 And one response is a reminder to Ressa that this is really old news:

Ressa should probably read thoroughly an article published by the Brookings Institution, How to Combat Fake News. Here are the relevant excerpts:

The news industry should continue to focus on high-quality journalism that builds trust and attracts greater audiences. An encouraging development is that many news organizations have experienced major gains in readership and viewership over the last couple of years, and this helps to put major news outlets on a better financial footing. But there have been precipitous drops in public confidence in the news media in recent years, and this has damaged the ability of journalists to report the news and hold leaders accountable. During a time of considerable chaos and disorder, the world needs a strong and viable news media that informs citizens about current events and long-term trends.

We cannot combat fake news with poor and biased journalism. Rappler was there during the time K to 12 was being contemplated and introduced into Philippine basic education. Rappler, however, was not there to inform citizens how ill-advised and ill-planned the new curriculum was.