Not All Opinions Are of Equal Value

November 03, 2016
While a great number of out-of-school youth in the United States cite falling behind school work or getting poor grades as main reasons for leaving school, in the Philippines, the major reasons provided are marriage and financial difficulty. The difference between the reasons given by Americans and Filipinos on why they quit school is really dramatic. It suggests that the underlying reasons behind the out-of-school problem varies greatly between the two educational systems. Of course, surveys are shaped by the questions provided, and in some cases, responses are even provided as choices. If I have to hazard a guess, it is very likely that Filipino students who drop out are also not doing well in school.

We quit often for the following reason. We think we will not succeed. We also give up when we feel that the reward we may get at the end does not justify the effort we need to exert. With regard to schooling, children who are disengaged and at the same time, struggling with the academic challenges, are very likely to quit. Thus, the reason provided by most American out of school youth makes sense.

How people respond to surveys makes the social sciences quite different from the natural sciences. Deciding on or figuring out the main reason why one drops out from school is actually not an easy task. For one, human beings take into account how they can be perceived by the response that they give. Correct responses to a survey that goes beyond preferences often require a thoughtful deliberation usually not afforded by a phone call or short interview. In some cases, how well informed the respondent is also counts. One example is the recent survey made by DiPerna and Catt at EdCHOICE. 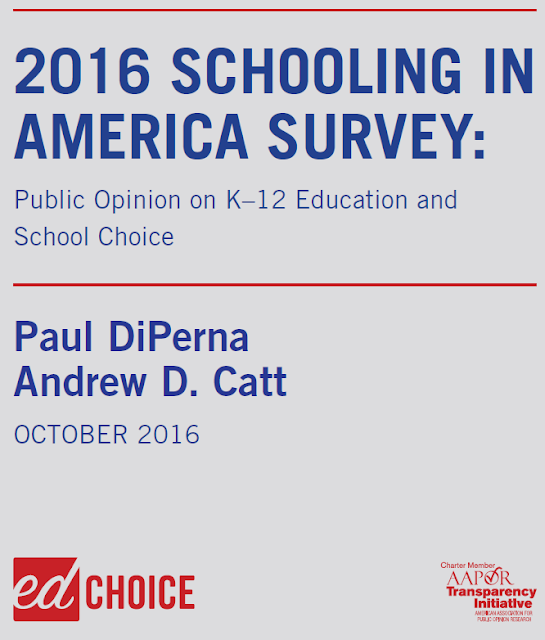 This report, among other things, asks Americans to grade public, private and charter schools and the results are shown below: 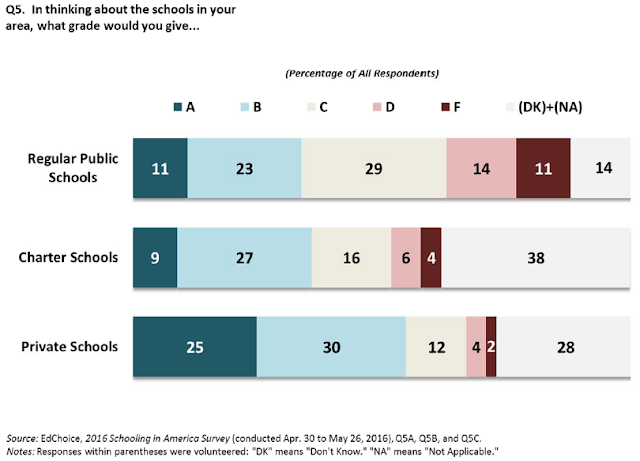 Scores in the NAEP actually support the above perception that private schools are better than public schools. 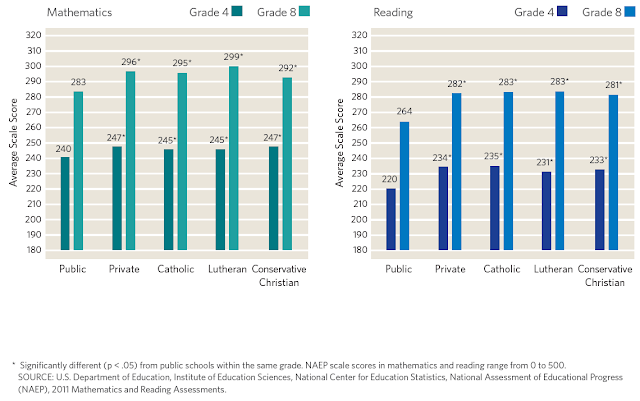 One, however, cannot make that conclusion quickly since the above comparison is really made between apples and oranges. One needs to take into account various student characteristics that are already known to give rise to performance gaps in these tests. If these student differences are taken into account, there is actually not much of a difference between the scores from public and private schools as demonstrated by Braun and coworkers at the Institute of Education Statistics.

Whether the respondents to the EdCHOICE survey are actually aware of the difference in NAEP scores for public and private schools is highly unlikely. Parents are probably grading the schools simply based on their own perception or bias. There is in fact one question in the EdCHOICE that provides us a glimpse of how well informed their respondents are regarding basic education in the United States. A majority of Americans do not know how much is actually spent by the government per student in a public school: 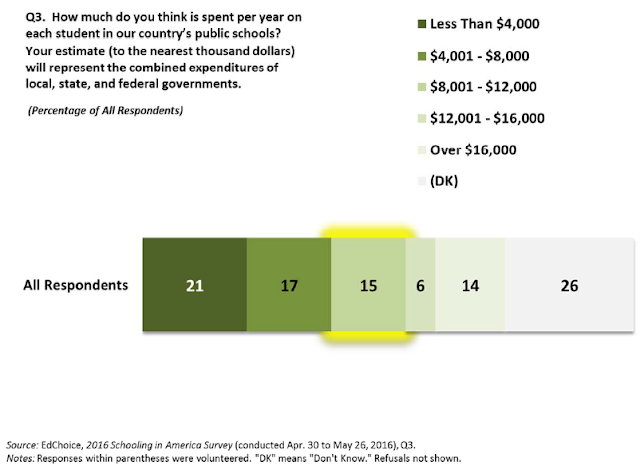 The government spends nearly $12000 per year per student in a public school. Not surprising, Maureen Sullivan had the following title in a Forbes article. 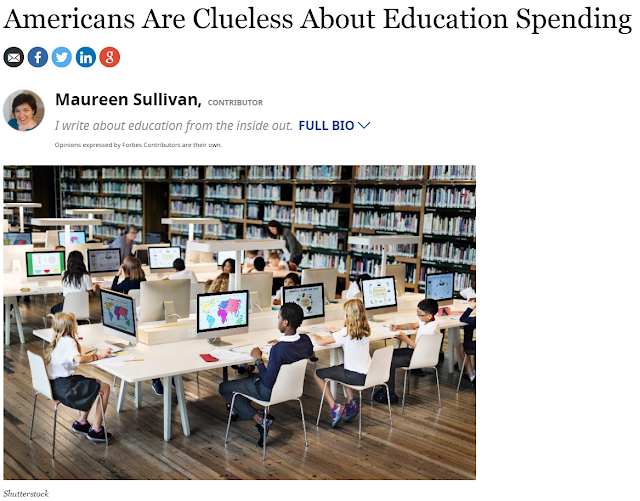 A majority of Americans in the survey say that public education in the US is in the wrong track. Judging from how poorly parents know how much is spent on each student in public schools, I would say that this is probably not a well-informed opinion.