Are the Schools in Virginia Becoming More Racially and Economically Segregated?

November 15, 2016
Public schools in Richmond City in Virginia had a total enrollment of 23987 for the school year 2015-16. Among these students, 3075 are Hispanic and 17927 are African American. These groups combined therefore make up 88 percent of the student population in the city. With this, it only follows that schools in Richmond City will have a large percentage of Hispanics and Blacks. Nearly every student (97.6%) enrolled in Richmond City schools qualifies for either reduced-price or free lunch. Yet, the Washington Post as it reports on a study made by the Commonwealth Institute seems to make a big deal out of this piece of statistics in its article, "Virginia’s schools are growing more racially and economically segregated":

There are 56 schools under the Richmond City School District so it is not surprising that 29 of these schools are regarded as "isolated". The Washington Post also cites the northern Virginia counties:


But researchers also found isolated schools in affluent Northern Virginia districts. In 2014, Prince William County had 11 such schools, Fairfax County had five, and Arlington had two. 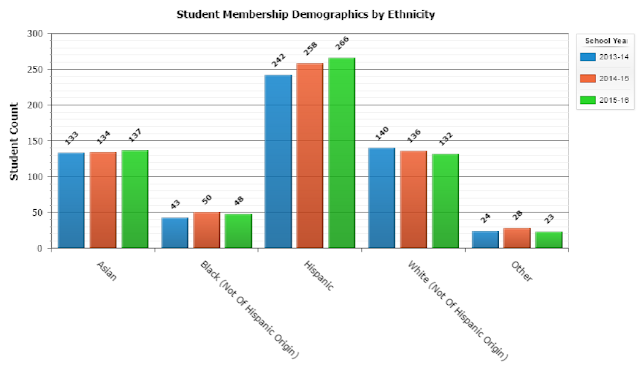 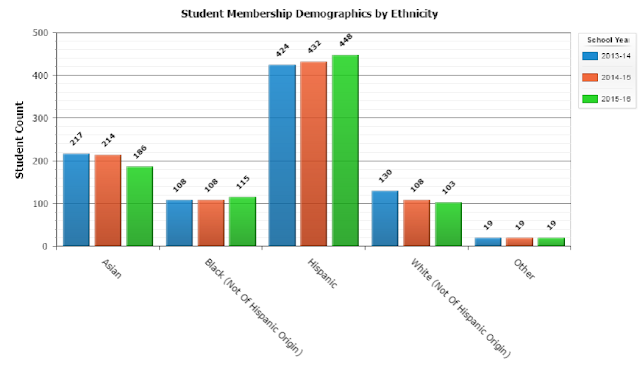 "Isolated" schools are more likely to be found in regions where a large number of Hispanics and Blacks live. Since the definition of an "isolated" school also includes having at least seventy five percent of the students qualifying for free or reduced-price lunch, this means that these groups are also the ones who are economically disadvantaged.

Schools are indeed mirrors of the communities they serve. Indeed, there is a desire to make schools more diverse but the much more important point is an equitable funding of schools. Having "isolated" schools can indeed be problematic since peer learning is an important ingredient in basic education, but a sadder predicament is when an "isolated" school is likewise a school that provides less opportunities for learning to its students. It is devastating to students if these "isolated" schools are also the underfunded schools. A comment on the Washington Post raises this concern:

Racial and economic segregation in schools may not be avoidable if neighborhoods are doing the same. Channeling funds away from schools that are in greater need, however, is a different issue.