September 29, 2016
When asked about DepEd's K to 12, Senator Miriam Defensor Santiago said, "K to 12, I don't know if that is such a wise move. And, for example, I am told that at least 70,000 teachers will be thrown out of their jobs. So we don't necessarily have to do what everyone else abroad is doing. We should restudy this, I think it merits revisit." This was her response in an interview with Manila Bulletin on April 2016.

Senator Miriam Defensor-Santiago will probably be remembered more with this quote: "I have realized why corrupt politicians do nothing to improve the quality of public school education. They are terrified of educated voters."

The senator is among the very few who tried to check the glaring errors of the Department of Education in the Philippines:

Miriam: P600M worth of books rendered obsolete by K-12

Published May 6, 2015 3:14pm
By AMITA O. LEGASPI, GMA News
Senator Miriam Defensor Santiago has asked the Senate to probe the Department of Education’s alleged procurement of textbooks that have become obsolete because of the K to 12 program.

Senator Miriam Defensor Santiago, thank you for the years you have served the Filipino people. May you rest in peace. 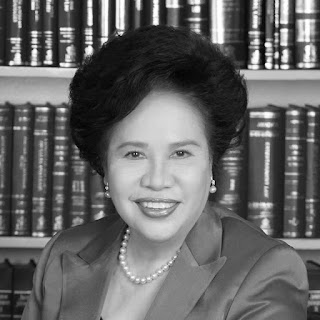