Academic Freedom - An Ideal Lost in the Philippines

July 18, 2016
Article XIV, Section 5 of the Constitution of the Philippines states, "Academic freedom shall be enjoyed in all institutions of higher learning." Academic freedom as explained by Friedrich Paulsen in the book The German Universities and University Study is about scholars having the freedom to teach and research, "For the academic teacher and his hearers there can be no prescribed and no proscribed thoughts. There is only one rule for instruction: to justify the truth of one's teaching by reason and the facts." Thus, when the curriculum for higher education is dictated by an authority external to the faculty, it is a clear infringement of academic freedom. The Constitution of the Philippines does require one course to be taught as it states in Article XIV, Section 3, "All educational institutions shall include the study of the Constitution as part of the curricula."

In this new order, CHED is simply obeying the temporary restraining order issued by the Supreme Court a year ago. Colleges in the Philippines do not decide on their own what needs to be in the curriculum. What gets taught in colleges is not only decided by the government, but in an indirect way by business interests as well. Faculty of universities do not design higher education and therefore, are no different from instructors.

Here at Georgetown University, the faculty decides what goes into a curriculum. For instance, the School of Foreign and Service and the Business School of Georgetown are currently moving towards adding a science requirement in their general education program. Just to illustrate how much academic freedom, higher institutions of learning in the United States enjoy, one can look at the work of the American Council of Trustees and Alumni (ACTA). Since 2009, ACTA has been evaluating the general education in American universities. In the first report they gave Harvard University a grade of "D": 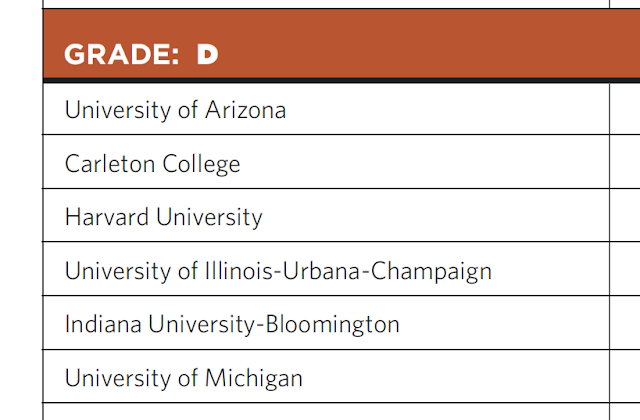 Georgetown gets a slightly better grade. 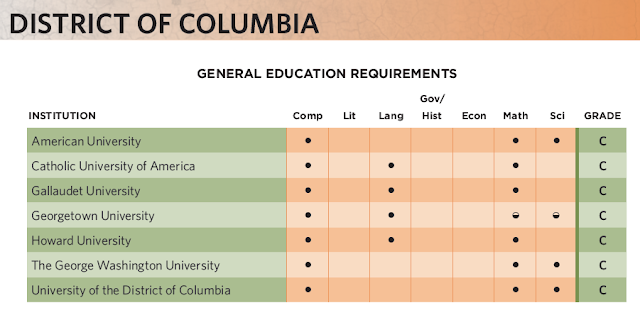 Still, higher institutions of learning in the United States are clearly different from those in the Philippines.

Infringement of academic freedom in higher institutions of learning is serious especially in this case where a specific language is being imposed on everyone. Sadly, this imposition comes as a government response to the demands by one of the groups in the Philippines that is likewise against DepEd's K to 12.