If Students Do Not Do Well, We Must Have Bad Teachers

December 18, 2014
The 2014 evaluation of teachers in the state of New York has been recently made public. More than 90 percent of teachers in the state are considered either effective or highly effective educators. This percentage runs in stark contrast with the percentage of students in New York reaching proficient levels in standardized exams. Only 35 percent of students in New York are considered proficient in math and only 30 percent in English Language Arts. Indeed there is a sea of difference between 90 and 30. It is not surprising then to read serious doubts against how teachers are evaluated as illustrated in the image below (taken from the New York Post): 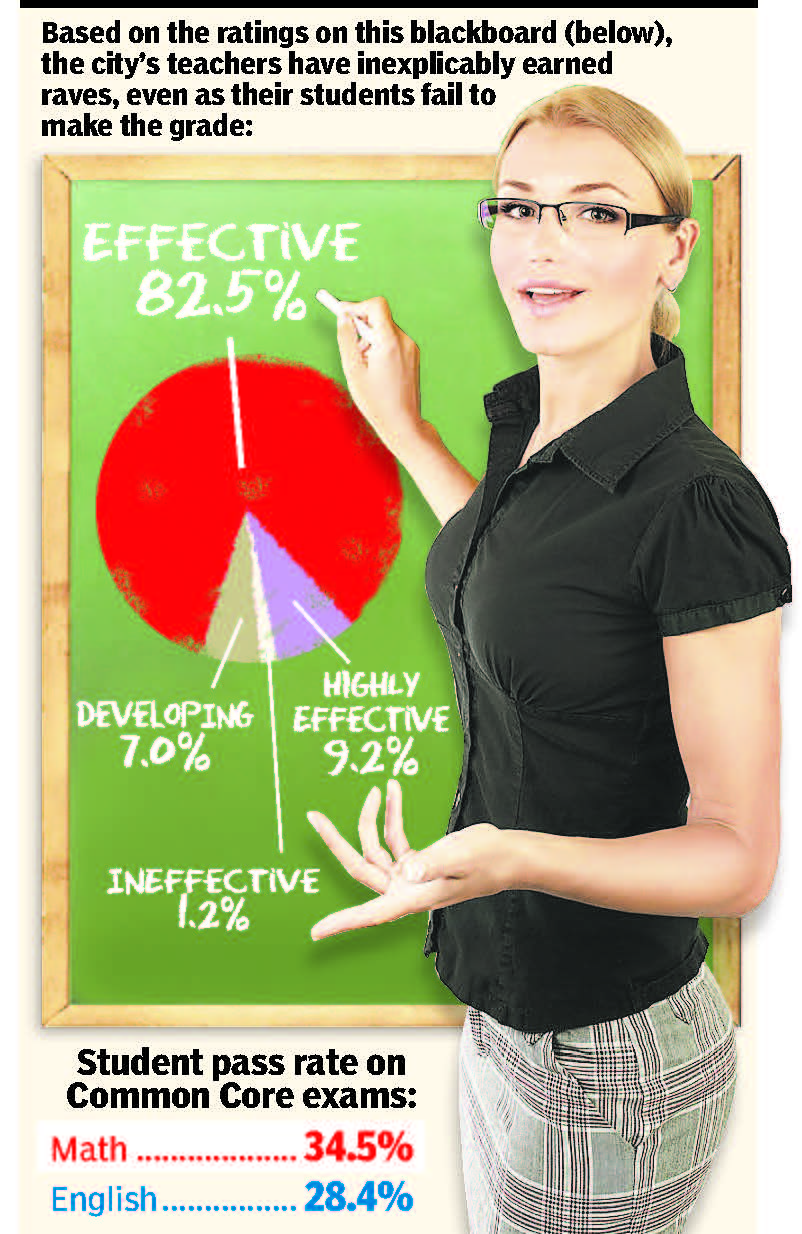 The disbelief comes mainly from the assumption that there is an exclusive, that is, one-on-one cause and effect relationship between teacher quality and learning outcomes. If someone believes that the only factor that affects how students perform in exams is the teacher then the above ratings of teachers in New York compared against how the students perform truly become incomprehensible. This is unfortunate since the news that most teachers in New York are seen as effective should be actually good. It ought to be welcomed with a sigh of relief and not disbelief. Sadly, there are loud voices out there that tend to blame the lackluster performance of students in standardized exams to ineffective teachers. And to these voices, the results of the recent evaluation only mean one thing - the evaluation is wrong.

There are other factors (oftentimes, these are much more important than teacher quality) that influence learning. One simply has to glance, for example, at an article written by Willingham in 2012 o realize this truth: 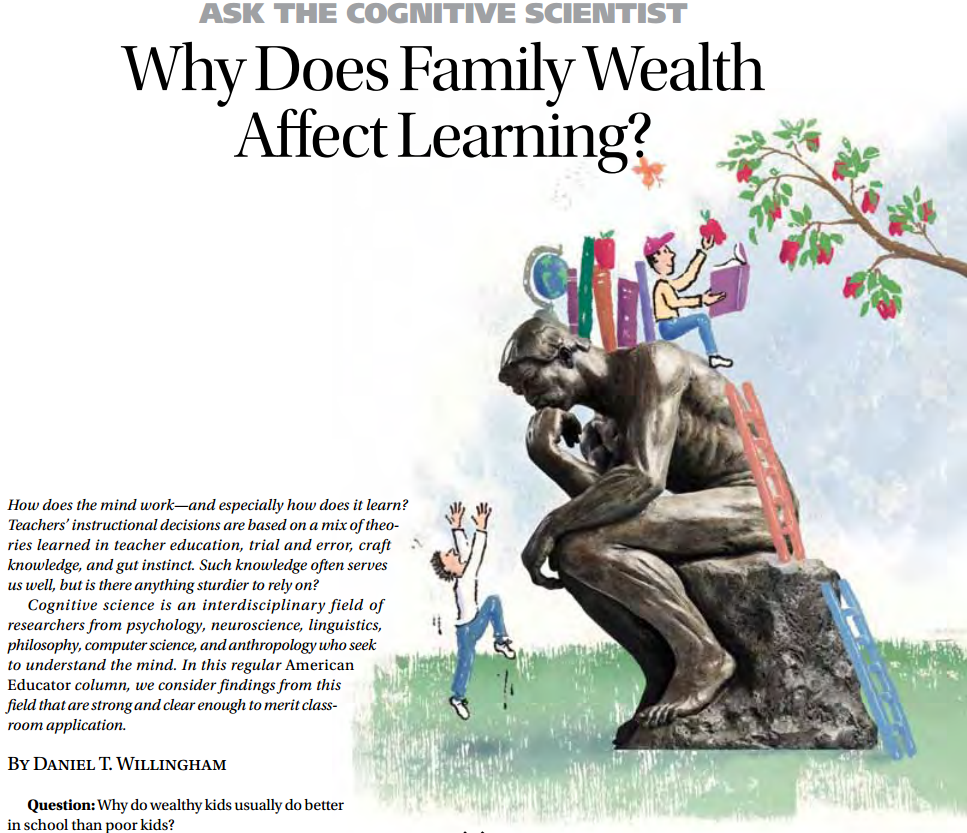 Willingham's answer to the above question is shown below:

The New York evaluation of teachers only addresses the teacher's side. The evaluation does not say that ninety percent of teachers in New York can magically make the effects of poverty on education disappear....