June 02, 2014
"When pigs start flying" is a phrase that denotes the same as "when hell freezes over". It means something is essentially not going to happen. In the Philippines, the phrase "Pag Puti ng Uwak" (When the crow turns white) is often used.

As public schools open, teachers are once again demanding a pay increase. The first day of school is always marked with pictures of shortages in classrooms. When will the demands of public basic education in the Philippines be ever met? I hope it is not when the crow turns white.

Problems in Philippine basic education are about needs not being met. Solving these problems require resources. Classroom shortages can only be solved by building enough classrooms. And it is important that these classrooms are built where these are needed. The same goes with learning materials and textbooks. Teacher salaries that can support a family are likewise similar. There is no other solution other than meeting these needs. Realizing that this is the nature of the problem is key to the proper solution. If the country is indeed unable to provide these resources then that is a different take on the situation. If leaders in the government are truly not remiss of their obligation to education, then it is justified to ask the public to be patient and do whatever it can with the resources that are available. The truth is that the government is indeed negligent. Here is a couple of photos placed side by side by Cong. Antonio Tinio:

On the left side is a classroom showing three students sharing a desk meant for two, while inside the session hall of the Philippine Congress, there are plenty of seats that are empty after the roll call.


The following is a news article from the Philippine Daily Inquirer: 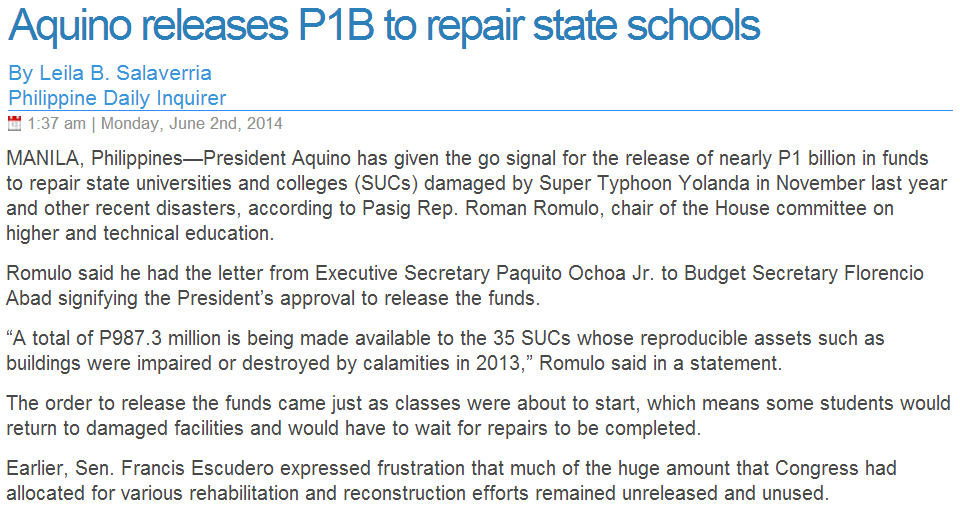 Typhoon Yolanda made landfall in the Philippines on November 8, 2013. It is almost seven months and school year is about to begin, and it is only now that the president is ordering the release of the funds to repair state universities and colleges. The Sun Star reported the following:


Cayetano, chairperson of the Senate committee on education, arts and culture, was dismayed by the slow pace of repair and reconstruction work of school buildings that were devastated by last year's the super typhoon and the magnitude 7.2 earthquake.

Cayetano said that despite the over P100 billion allocated by Congress under the 2014 national budget to rehabilitate disaster-hit areas, aside from a P14.6-billion supplemental budget, only P32.2 billion had actually been released.

"The fund allotted for the reconstruction of SUCs is P1 billion, which is not even one percent of the total rehabilitation budget. But what's holding up its release, considering that the school year is just about to start?" Cayetano asked.

Elementary and high schools are not in a better state. This is from Inquirer Visayas: 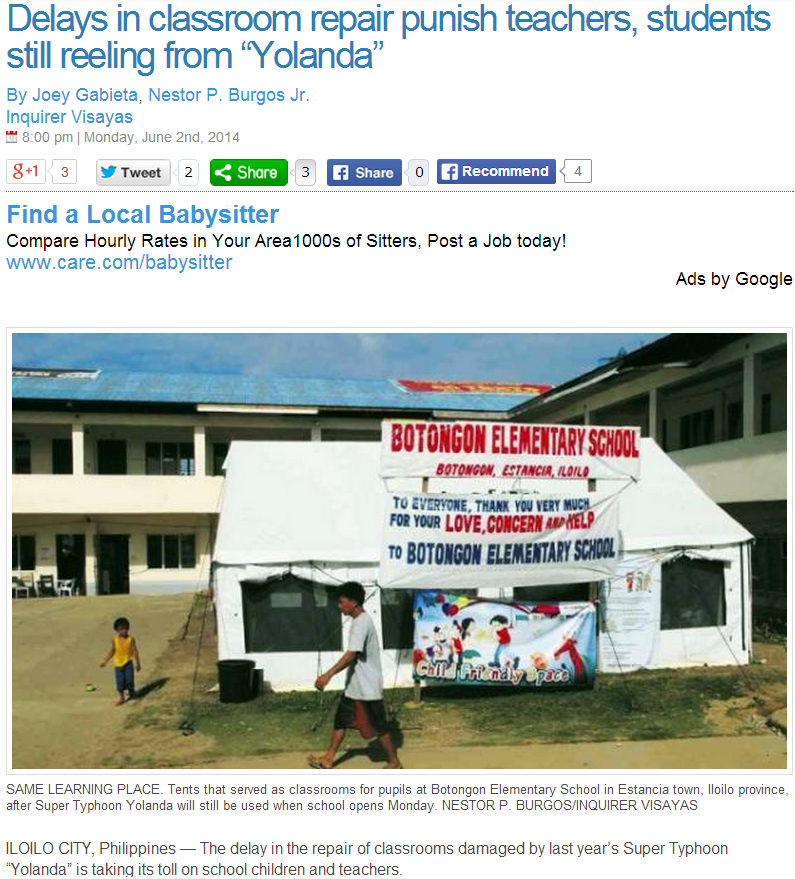 Yvonne Chua of Vera Files guides us through how the Philippine government builds classrooms for disaster-stricken areas.

The classrooms that are to be built in the region devastated by typhoon Yolanda are supposed to be more resilient. Chua also mentions a report from the Ateneo de Manila University that cites problems with the constructions of classrooms in these areas: 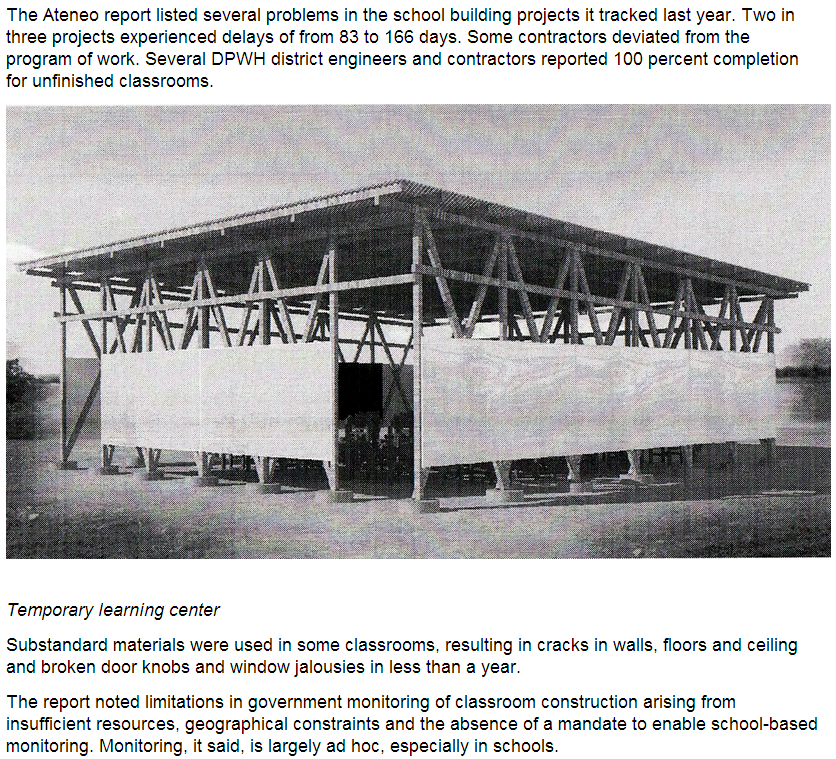 Government leaders including the president are not happy to hear complaints or criticisms. They would rather see us donate, do our part, and build the classrooms. The reason why there is a government is to address these problems. Getting the government to do its job with the resources it has is extremely important. Citizens must be vigilant. There is so much corruption and incompetence at all levels of the Philippine government. Pigs indeed have not flown (unless the pig is Maxwell from the GEICO ad),

but there are actually white crows....