No Progress in Reducing the Number of Out-of-School Children

June 27, 2014
Recent news from UNESCO Institute for Statistics (UIS) is not good. It is now almost guaranteed that a number of countries would not meet the 2015 goal of achieving universal primary education.

The lack of progress is highlighted in the figure below: 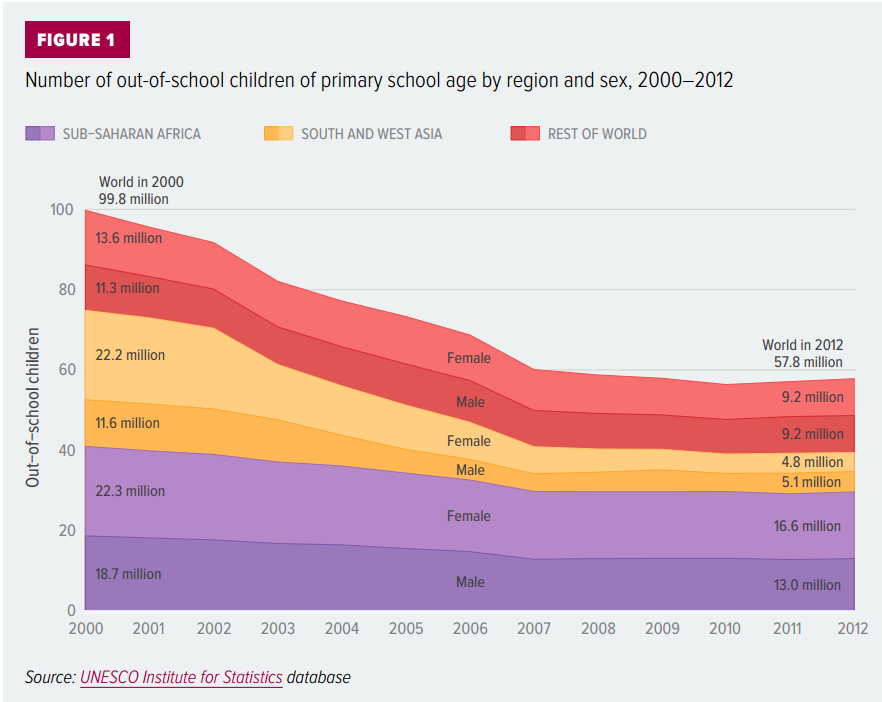 The impressive decrease in the number of children not attending school comes mainly from the early part of this century (2000-2007). And this reduction has occurred mainly in South and West Asia (India, Pakistan). The remarkable progress in these areas is also coupled with more girls attending school. The rest of the world has not improved as much. Sadly, the Philippines is one of the countries that have failed in addressing universal education: 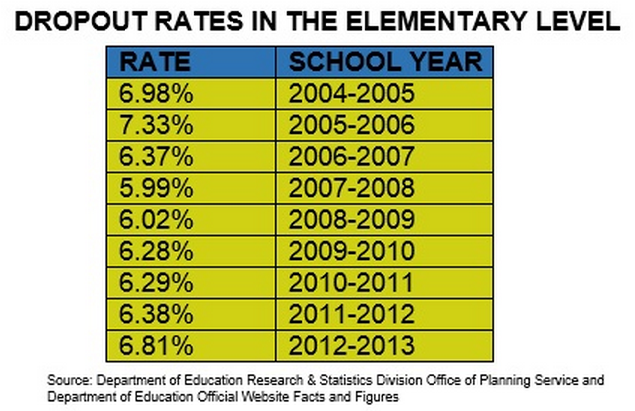 The above does not look promising. The picture gets worse especially when one considers the latest numbers from the IBON Research Foundation regarding child labor. In 2011, there are 5.6 million children (5 to 17 years old) engaged in labor, with 2.9 million exposed to hazardous conditions. Cohort survival and completion rates in elementary schools remain dismal. In 2012, only three out of four students complete primary schooling.

The Philippines tops the list of countries with out of school children in South East Asia.

What is happening in the Philippines therefore contributes a major part in how the entire region is coping with education for all. East Asia and the Pacific region actually stands out among other areas in the globe as seen in the following figure: 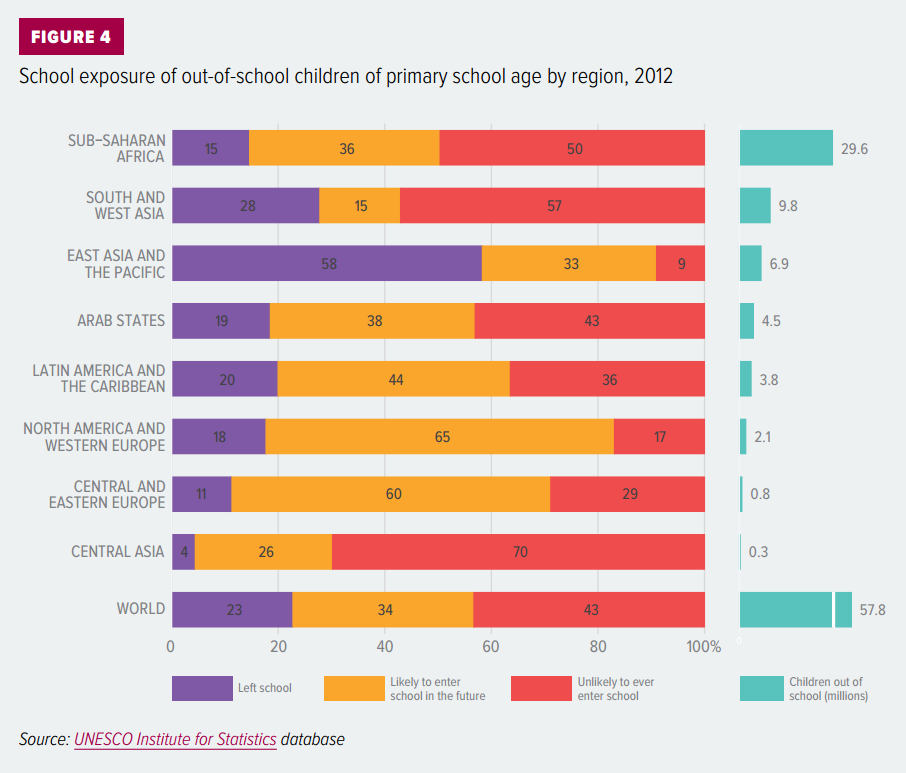 East Asia and the Pacific has the highest proportion of out-of-school children who are school leavers. The Philippines as seen in the previous tables has a high enrollment rate. The problem really lies in keeping children in school and not in enrolling the children. The numbers are not getting any better. It is actually getting worse....

Data and Statistics Education for All School Drop-outs