Critical Thinking: When Facts Elude Us

February 04, 2014
Who can trust politicians? I guess the proper question is "should we?". Politicians make promises during campaigns. Some fulfill while some break. What allows people to gauge a politician's performance is the record. Unfortunately, data provided to the public can be deceiving. In the United States, there is PolitiFact, a Pulitzer Prize winner for national reporting. It started first as a fact-checking report for the presidential campaign in 2007. Now, it reviews statements made in public by candidates, elected officials, political parties, interest groups, pundits, talk show hosts. Here are some of the latest from PolitiFact: 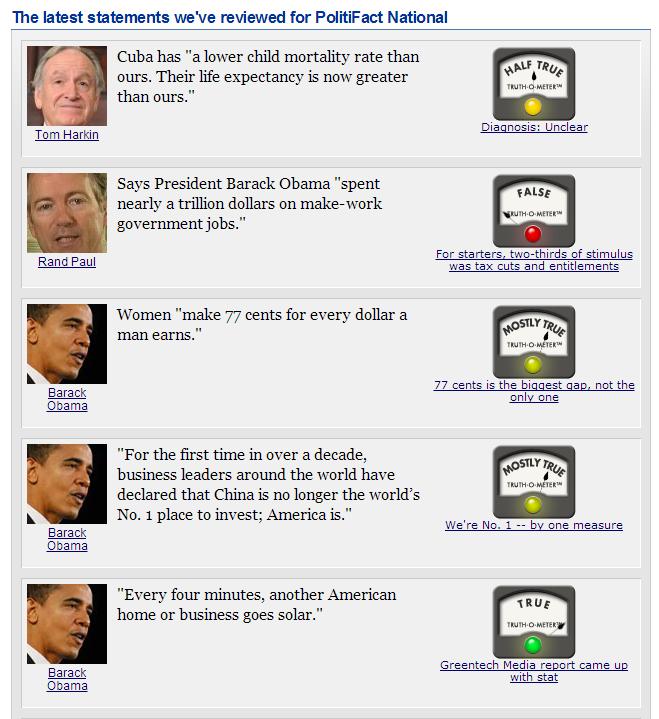 Philippine basic education would benefit greatly if a similar effort is made by the media to help inform the public. Instead, what Filipinos receive are headlines like the one shown below from The Philippine Star: 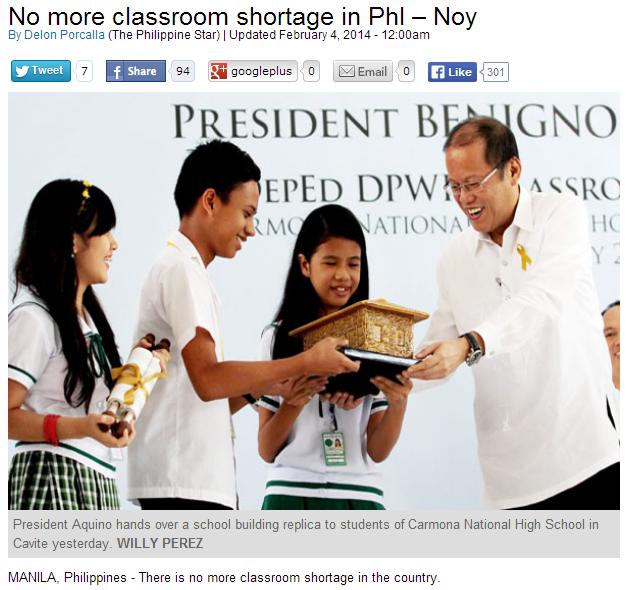 With multiple shifts still present in a lot of schools, with schools destroyed in the Eastern Visayas region, the misinformation in the above news item is truly appalling. Another news source, Rappler even adds more:


Aquino said his administration closed the backlog of 62 million textbooks as early as 2012 by purchasing the books for a better price – and resulted in 40% savings.
The President also said he was met with a 2.5-million backlog in chairs, which his administration has since addressed by making chairs out of timbers seized from illegal loggers. 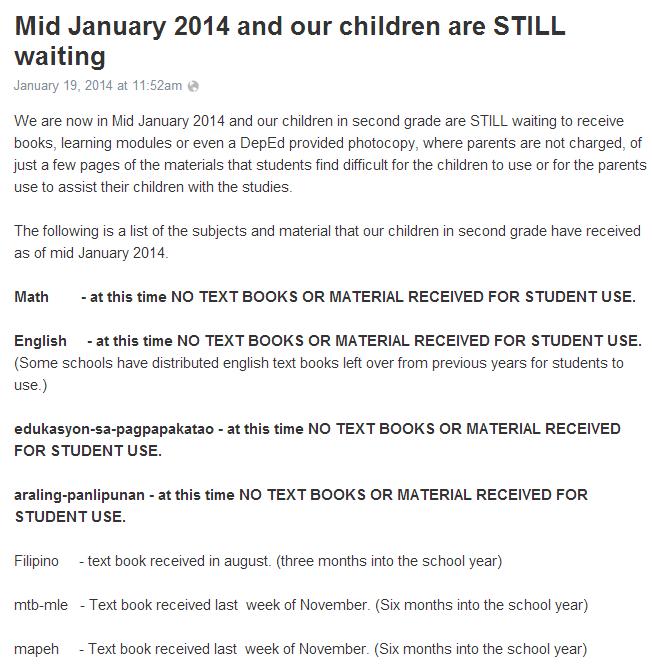 Although it is often desired to be upbeat, one must not sacrifice facts for an illusion. The truth must be laid out. Otherwise, we would not be responding properly. Here is one piece of truth from the New York Times: 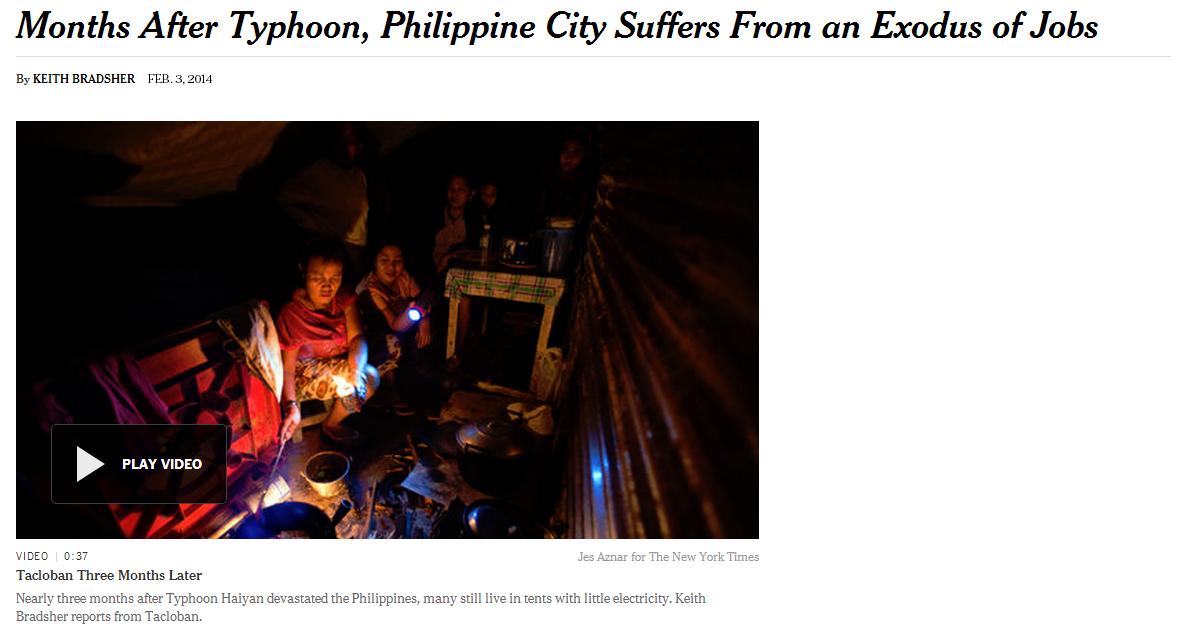 The article above provides information that is truthful and more importantly, useful. It not only describes the situation but also provides insights on what could and must be done. Katrina Stuart Santiago, a Manila Times columnist writes on her Facebook page:

"Can someone please ask government if they've been hiring locals to build those infamous bunkhouses and temporary shelters in the Eastern Visayas. because while I was there, I had asked one of the Kuyas of Kusog Tacloban about it. and he said: "puro dayo 'yan.", because the question of jobs can be answered by government's rehabilitation and rebuilding efforts. Government just needs to be more creative than this."

Correct information is crucial. Critical thinking cannot happen with misinformation. Without accurate information, people can arrive at ridiculous ideas. Take, for example, one of the recent suggestions made by the Philippines' secretary of the Department of Education: 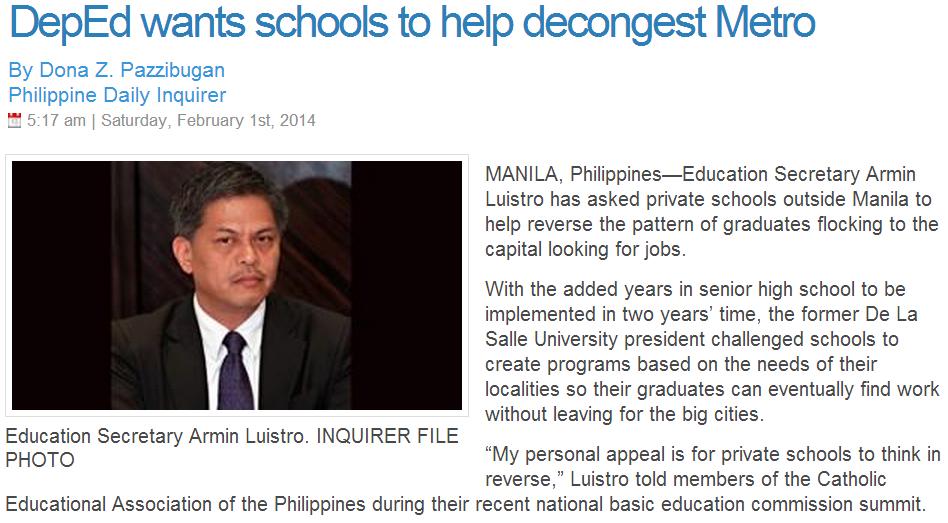 At least, it is comforting that based on the online comments made by readers to this article, not everyone is being fooled. Here is one of the comments:

When facts elude us, we are not able to think critically. With a major newspaper publishing garbage like the one above, somebody, please, somebody, help us....