We Must Not Propagandize to Our Children

My children watched the horrific acts yesterday at the United States Capitol. This past summer, both of my children participated in a "Black Lives Matter" protest rally in our little town of Annandale, a few miles away from Washington, DC. Today, my daughter shared with me a note she received from one of her former teachers in grade school, telling her that Americans should a learn a thing or two from our family. I am tempted to tell my daughter that Black grief is not a threat and White rage is not sacred. This morning, my daughter's class spend time discussing yesterday's events in social studies. According to her, some of her classmates equate the various "Black Lives Matter" protests with yesterday's insurrection. We are asking last summer that our society begins to respect and treat Blacks. Yesterday, people are asking to destroy our democracy. There is a huge difference. 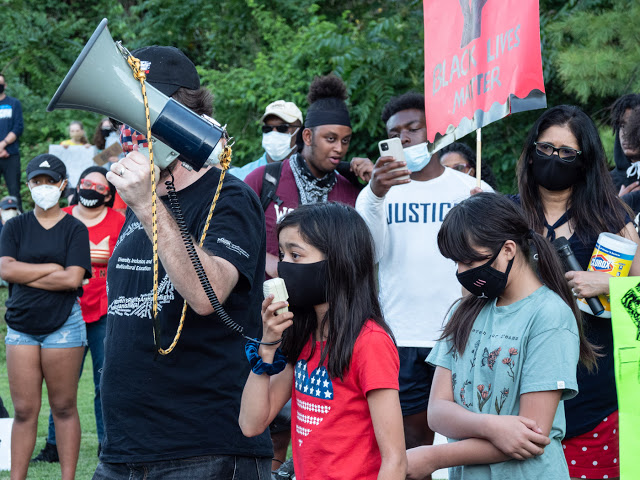 Here is an advice from a child psychologist, Janine Domingues 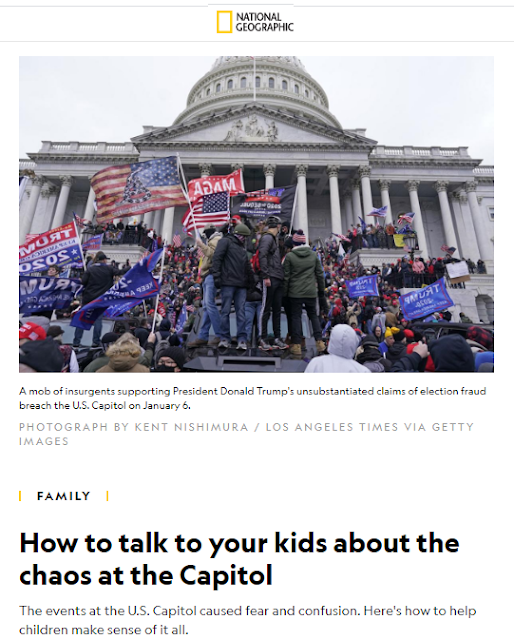 Domingues adds that kids might also be asking about people’s anger and why they’re doing something that doesn’t seem appropriate. She advises parents to just be honest.

“You can say, ‘Everyone is feeling a different way about the election, and this is one way they’re expressing it,’” she says. “‘As a family, we might do this differently, but this is how they’re choosing to do it. But other people are stepping in to keep the peace and keep everyone safe.’ It’s important to highlight there are people who are keeping people safe.”

And though you might have strong opinions about what’s going on, parents should resist the temptation to propagandize to their children.

“We see kids as young as kindergarten talking about how people with different political beliefs are ‘bad guys,’” she says. “Instead, use this as an opportunity to explain how complicated the world is.”

The world may be complicated, but one must make clear the huge difference between asking for equal protection under law and using force to grab power. The difference here is not really that complicated. Ours was an expression of support for our community. Yesterday was an act of terrorism.
Commentaries