There is no doubt that for higher education to flourish, there must be a free exchange of ideas. Sadly, institutions of higher education are finding themselves in societies where violent extremism also exists. Universities cannot serve as a fertile ground for recruitment of new members into extremist organizations. Academic freedom is a responsibility. It must be earned. Such burden ultimately rests on the shoulders of both educators and authorities. In the recent months, the Philippines government has increasingly brought attention to allegations that universities are serving as recruitment grounds for violent groups such as the New People's Army. The dilemma of safeguarding academic freedom amidst radicalization, however, is not unique to the Philippines. Countries in Europe are also grappling with this issue. And in the Middle East, the questions has not been as stark, as laid out in an article written by  a former president of Scholars for Peace in the Middle East and a Freedom Center Journalism Fellow in Academic Free Speech, Richard L. Cravatts. 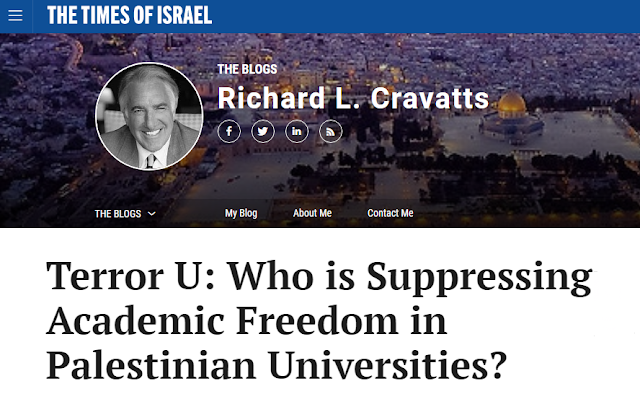 Cravatts describes how both sides are blaming each other for the suppression of academic freedom in Palestinian universities. Cravatts then shares the opinion voiced by Cary Nelson, whom he describes as an academic freedom purist: “The unfortunate bottom line in the West Bank context is that there is no fixed line between valid political expression and terrorist recruitment.”

This is indeed the bottom line for all universities wrestling with this issue. It is true that authorities must exercise extreme caution in laying a strong hand on institutions of higher education, but educators must likewise condemn in very clear terms violence, terrorism and coercion. This condemnation must be made specific especially when these extremist organizations are publicly known. That fixed line is clear in such cases.