We have seen the difference between linear and logarithmic plots. A logarithmic plot tells us whether something is growing exponentially. The steeper the logarithmic plot, the faster the growth rate is. With COVID-19, seeing where in the world most cases, most tests, and most deaths are, provides us with additional information. Eugene Chen  at Darkhorse Analytics, has provided us with an online tool that can take your data and can generate a map - in seconds. The site is MapinSeconds.com. With this tool, we can easily map COVID-19 data. The number of deaths is obviously a clear measurement of how severe a disease is. The following shows a map with the number of deaths per million people. The United States, countries in Europe, and Iran are hardest-hit. 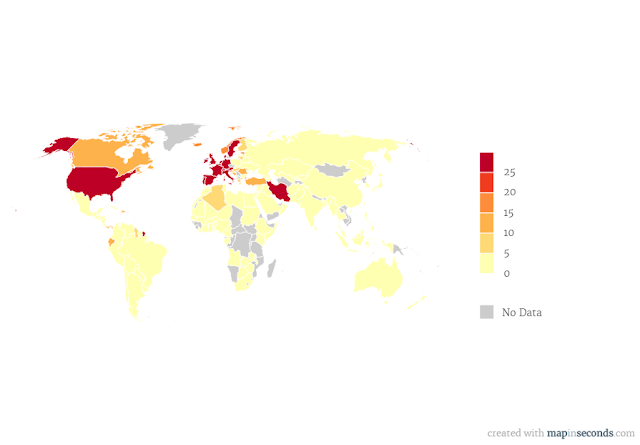 The number of deaths do correlate with the number of confirmed cases as shown in the following figure. 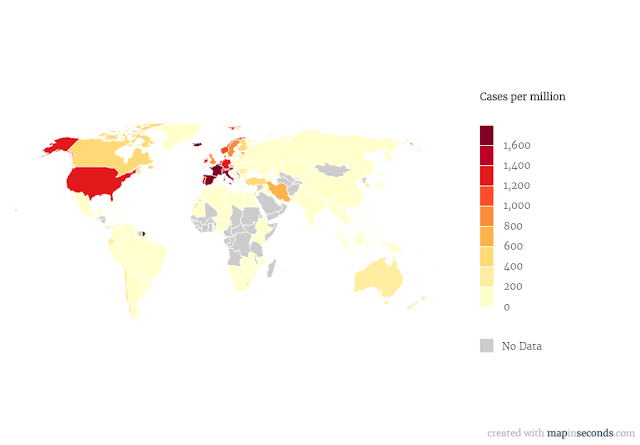 With number of cases, the rate of testing is important. As former US president Barack Obama says on a Facebook post. Testing is important especially as we near the time to modify our policy of social distancing, self-quarantine, and staying at home. 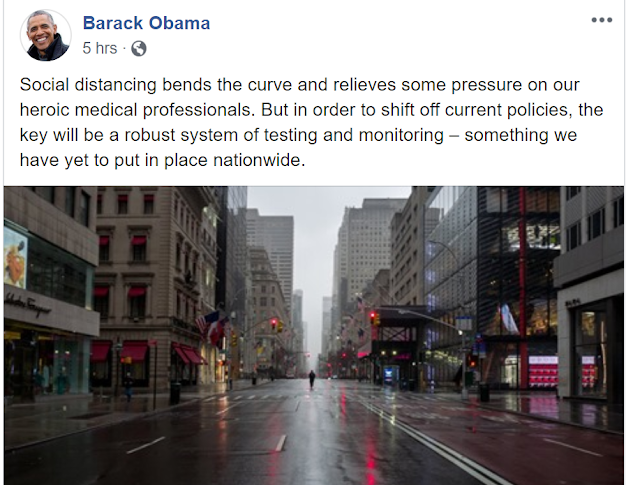 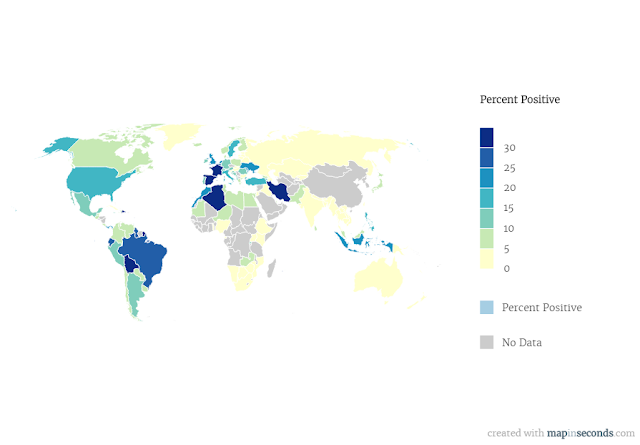 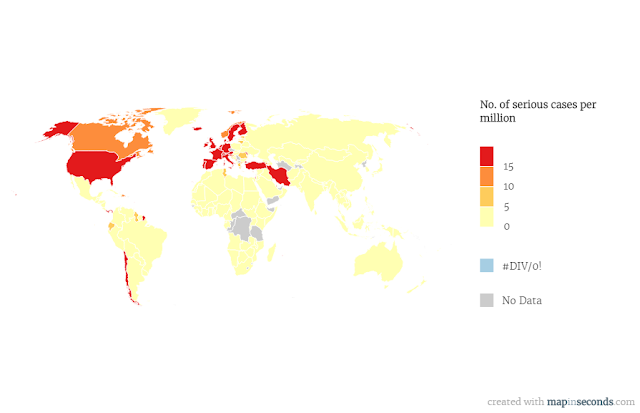 In this map, except for Chile, which has 19 serious cases per million, all countries in the red are in the northern hemisphere. That is why I am still holding on the hope that this novel corona virus is sensitive to temperature.

The number of serious/critical cases plot is showing promise. It does look like we are now on a plateau. I hope it starts going down from here. Let us stay safe and healthy. 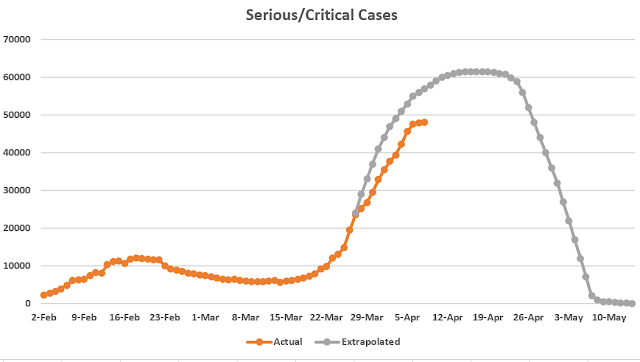