A Lecture on Greenhouse Gases: Part 2


Chemistry of the Environment (Greenhouse Effect) "The Earth system follows laws which scientists strive to understand,"
said Dr. F. Sherwood Rowland, a Nobel laureate in chemistry.
"The public deserves rational decisionmaking based on the best scientific advice about what is likely to happen, not what political entities might wish to happen."
From: Preeminent Scientists Protest Bush Administration's Misuse of Science 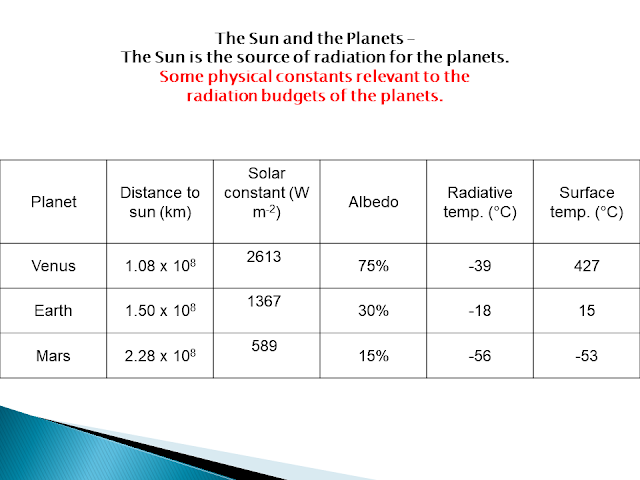 Albedo is the percentage of the sunlight that is reflected from the planet - this is dependent on several factors such as cloud cover, color of the planet surface, atmospheric dust, etc.  Venus has a very high albedo because of its cloud coverage, which blocks sunlight from reaching the planet's surface.

The Radiative temperature is derived by taking into account the Solar Constant and the Albedo - which gives the amount of solar energy that is absorbed by the planet's surface.  This makes the assumption that when materials absorb light, they re-emit some of this energy as heat.   Because Venus' cloud coverage reduces the amount of sun's radiation reaching its surface, its predicted surface temperature is colder than that of Earth eventhough Venus lies closer to the sun.

Venus is HOT!  Earth is livable!  Mars is COLD!

Any object at a temperature other than absolute zero emits light.  The intensity distribution across the wavelengths is given by Planck's equation above.  Hot objects will emit light at shorter wavelengths compared to cooler objects. 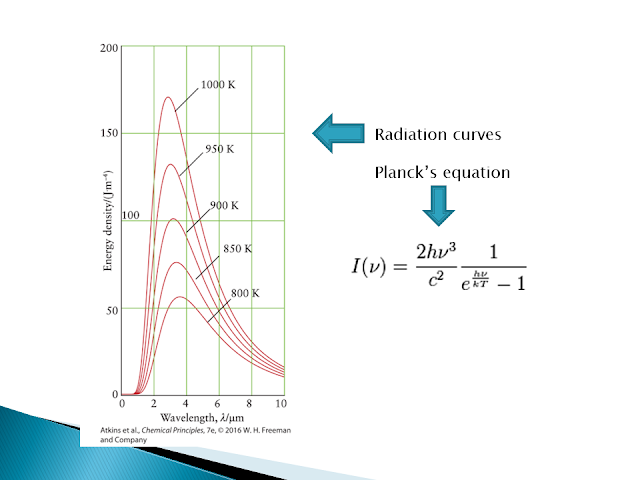 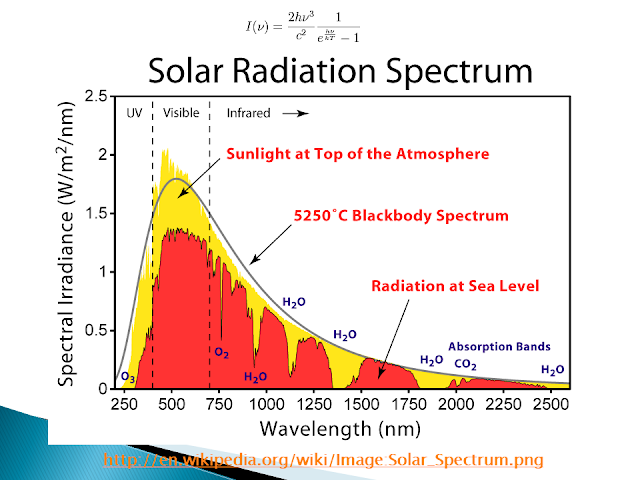 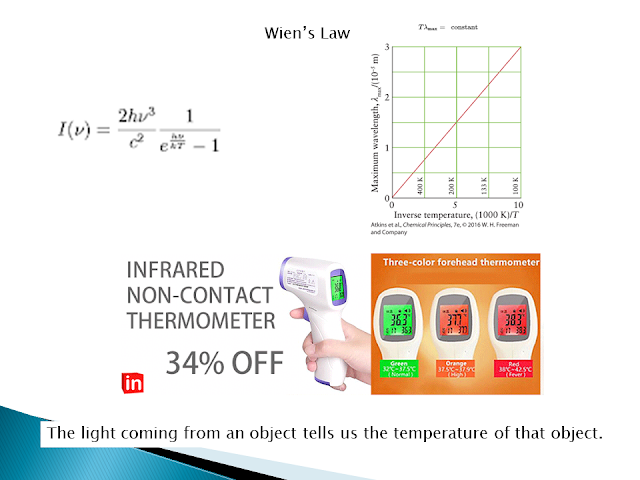 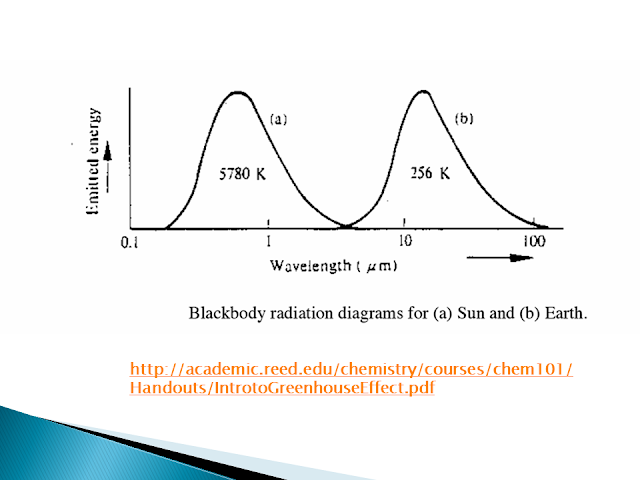 Original source: "The Chemistry of the Atmospheres", Richard P. Wayne, 1991

Earth's radiation peaks at about 20 micrometers and covers a range of 5 to 100 micrometers.  Therefore, most of the radiation absorbed by planet earth will be emitted at these longer wavelengths. 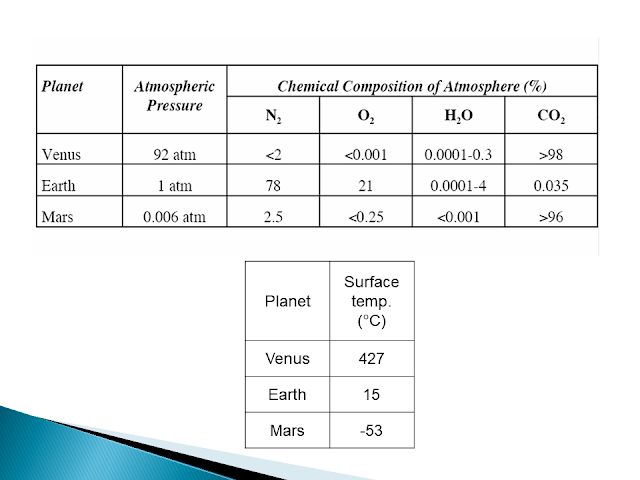 Table copied from
http://academic.reed.edu/chemistry/courses/chem101/Handouts/IntrotoGreenhouseEffect.pdf
The pressure the atmosphere is related to the surface temperature of the planet.
Venus is HOT!  Earth is livable!  Mars is COLD!
Venus is 92 atm, Earth is 1 atm, Mars is 0.006 atm 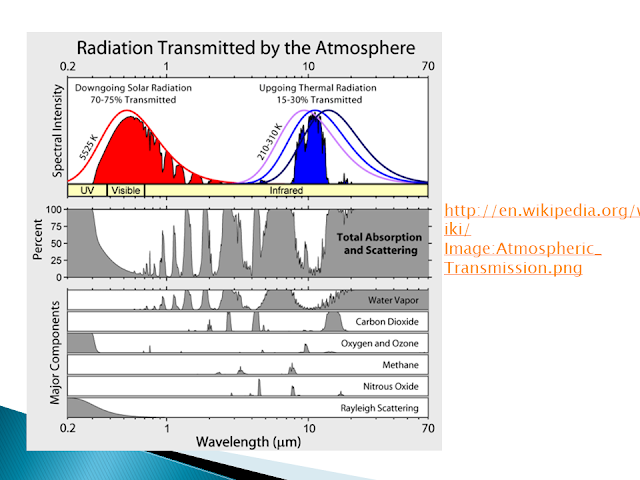 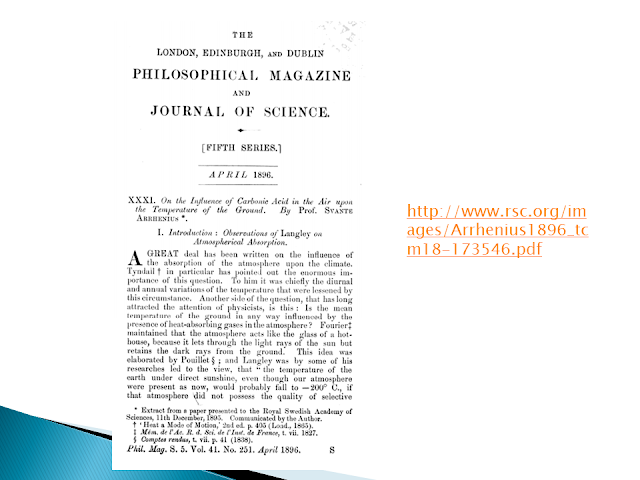 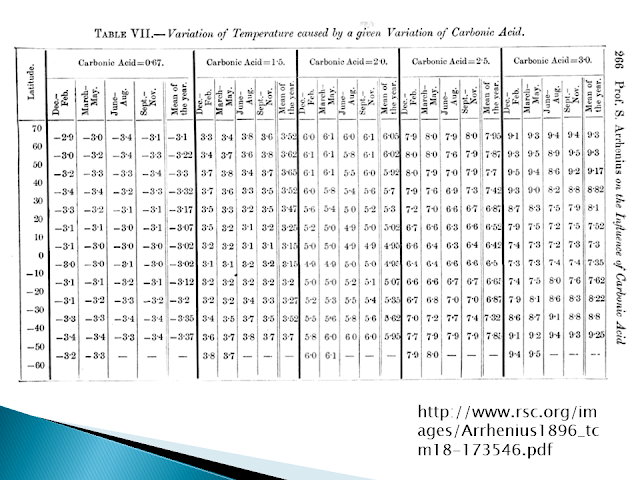 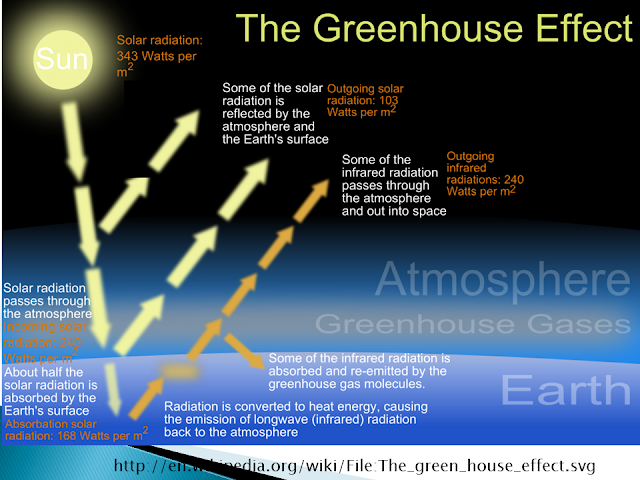 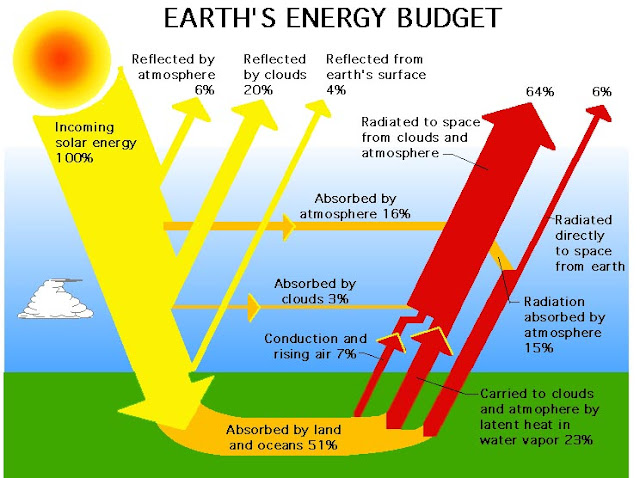 Here's a list that will explain exactly what is going on here, by breaking down the categories (the
following percent signs are relative to the original radiation): 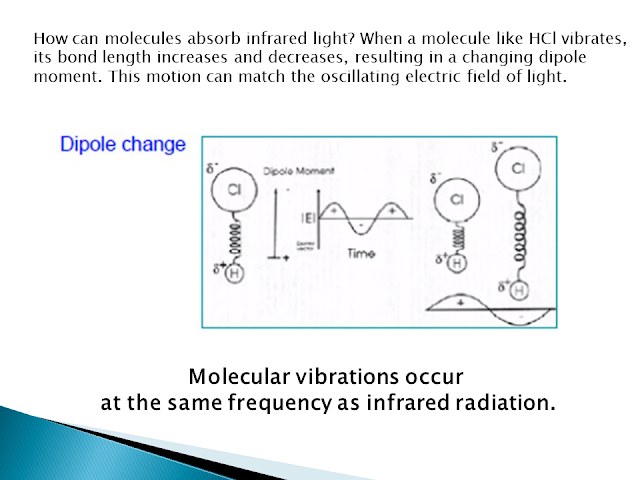 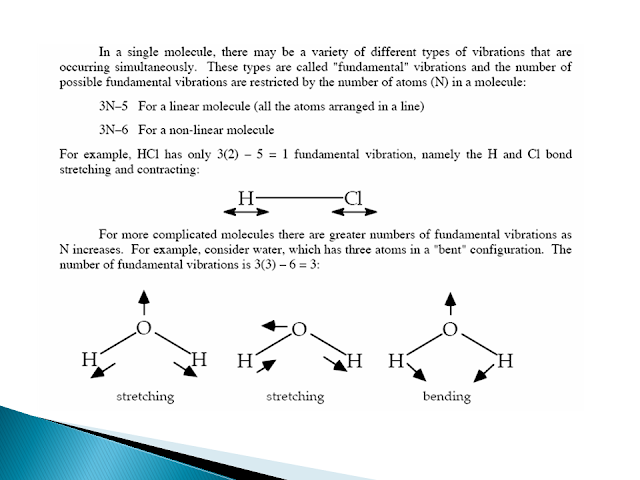 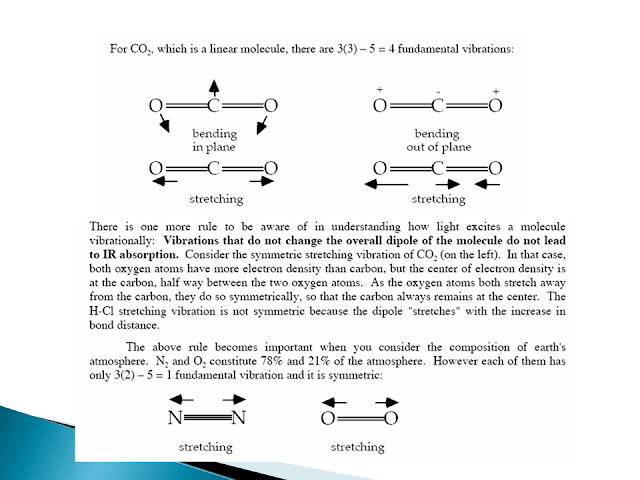 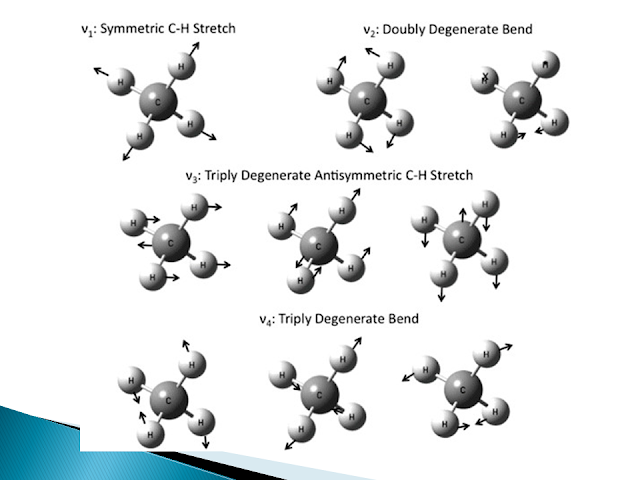 Simulations are from http://www.ems.psu.edu/~bannon/moledyn.html
Nitrogen
Oxygen 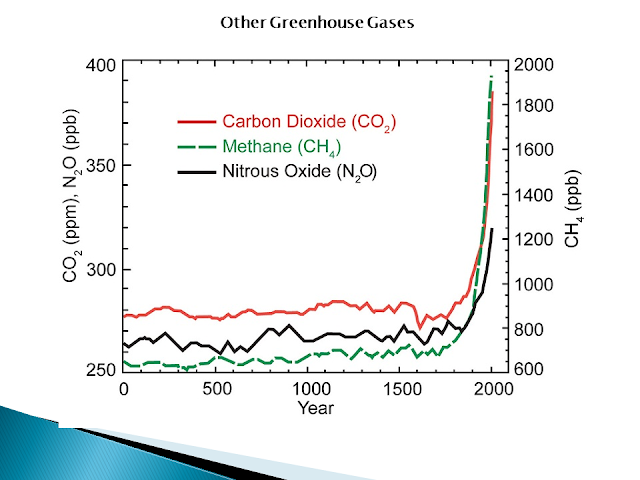 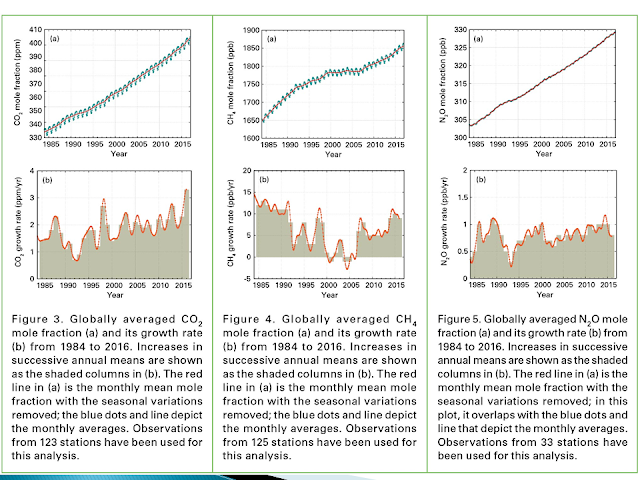 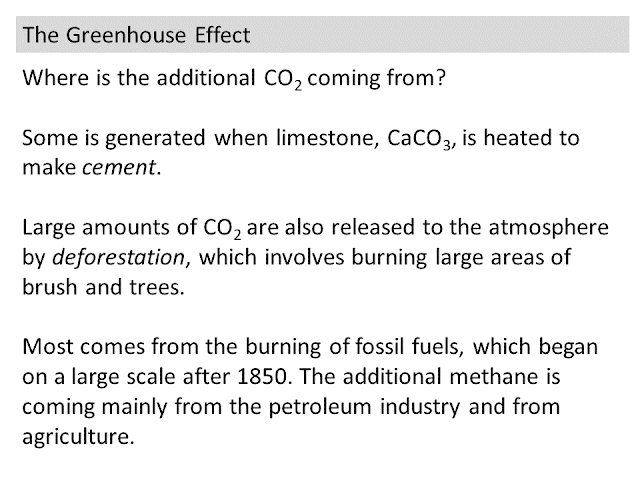 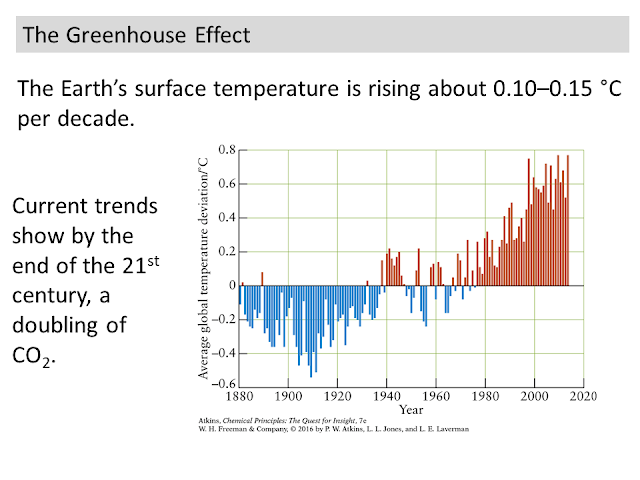 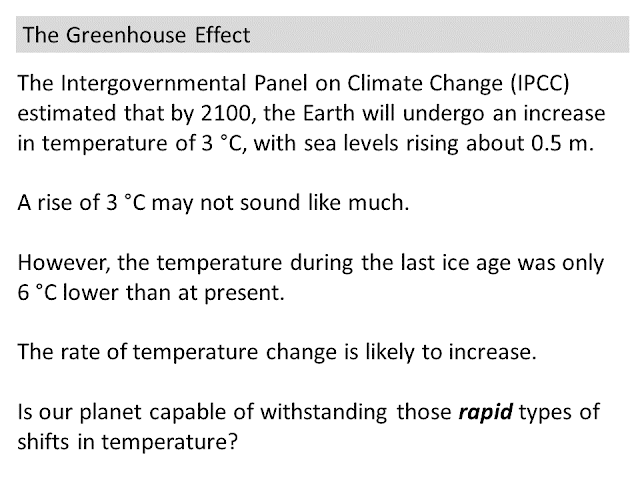 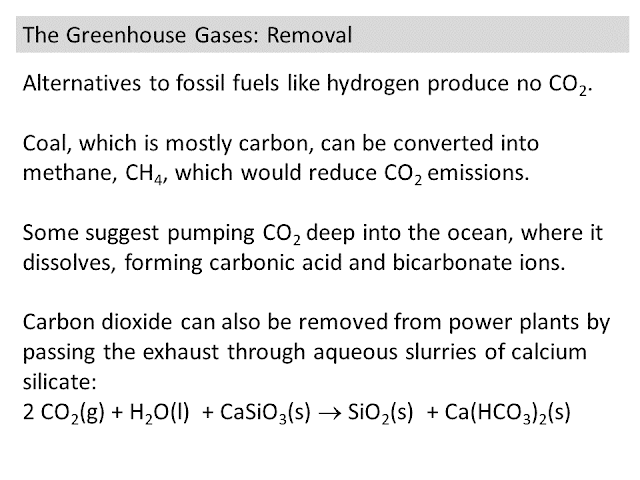