Private schools are selective. First, parents have to pay tuition. Thus, there already lies an income gap between families who send their children to a Catholic school and those who send their children to a public school. This is a big factor since poverty seriously influences basic education. In addition, it is not only the family income but also a parent's engagement is expected to be different between these two groups. Sending one's child to a private school, after all, is a choice made by the parents. Lastly, even admission to these schools by itself is often selective.

Considering only the scores students reach in a standardized exam to arrive at how well schools are performing is indeed careless. Catholic schools in the United States do perform better than public schools in both reading and math exams:

In the Grade 8 math exam, a larger percentage of students from Catholic schools reach the proficient level: 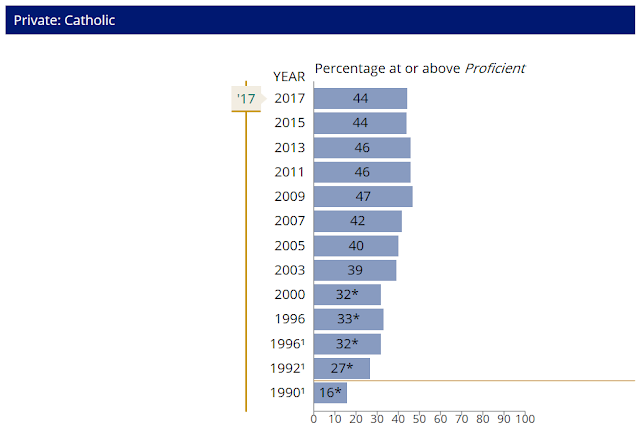 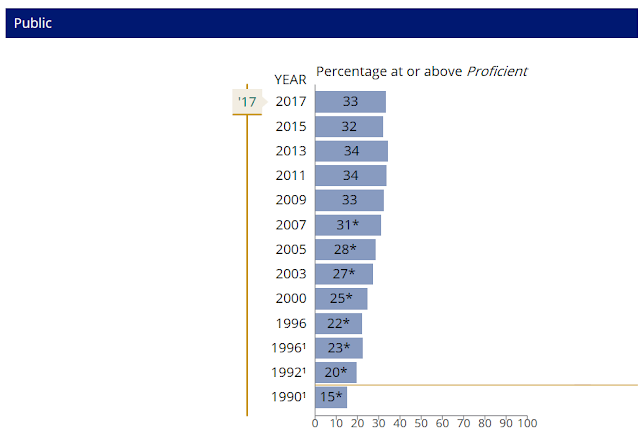 The difference is even bigger when it comes to the Grade 8 exam: 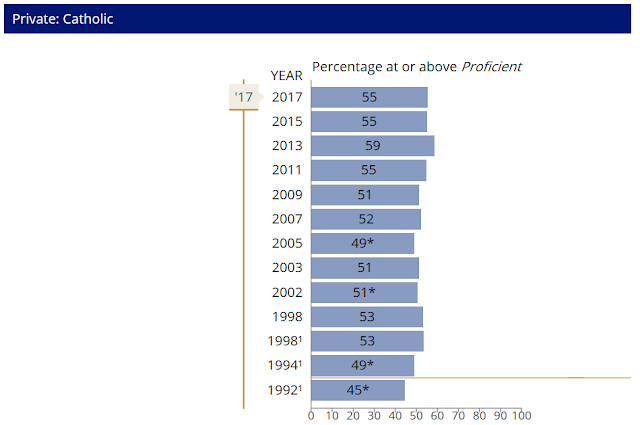 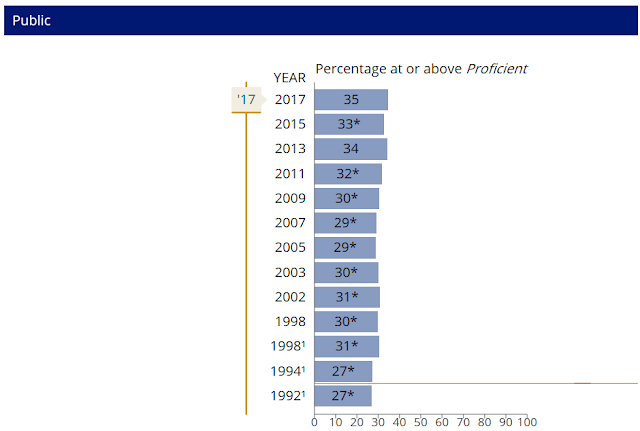 Considering however the difference between schools that have a large percentage of its students qualifying for the free lunch program (a good proxy for measuring family income) can already explain most of these differences: