December 10, 2016
My son was not that enthusiastic to go to school when he was in first grade. There was even a slight hint of separation anxiety during the first few weeks that I dropped him off at school. My son is now in fifth grade and a few days ago, I received the following note from his principal, Brian Butler:


"I just wanted to share something truly special from my point of view that happened today.  I was in Alex's class and saw him working with some classmates so I asked them what they were doing. Alex explained the math game that they were  playing and the others chimed in and then he went about in the most appropriate manner, organizing how it would be played. He also worked with his classmates to roll the dice 🎲 to see who would begin. Someone else got a closer number to what was rolled than what Alex had, and he was so polite and said, "You go first."  Then they played the game and it was so heartwarming to see how the boys played together and in this particular situation Alex took the lead not as a "boss" but as a facilitator who was both enthusiastic and encouraging."

The note came with a photo the principal took: 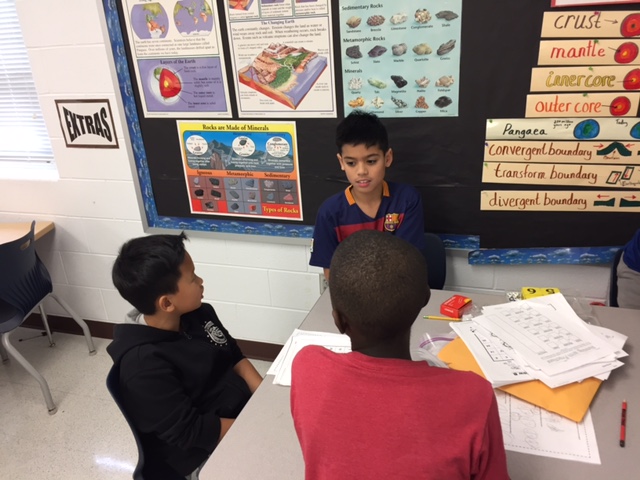 Children can learn a great deal from each other. Being able to share and explain ideas requires mental organization and planning. Such exercise provides so much more practice than any traditional teaching or learning method. For starters, it tangibly allows students to take responsibility for their own learning. Peer learning is an important strategy not just in basic education but even in the halls of higher education. Peer learning highlights the social and emotional dimensions of a classroom. Obviously, fruitful peer learning can only occur when children feel emotionally safe and that healthy relationships are already existing among the students. It is one reason why there is an observed correlation between learning outcomes and seemingly non-academic factors in school such as having a positive climate. This was noted by Wentzel and Watkins in School Psychology Review: 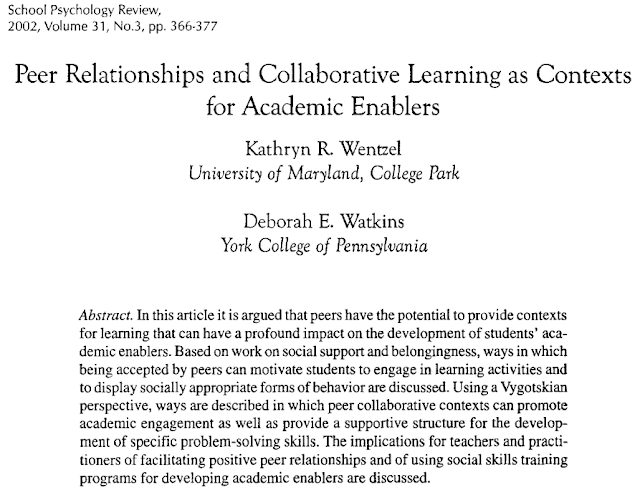 Alex Hernandez at EdSurge News talks about the Valor Collegiate Academy in Nashville where half the students come from low income families. It is a school that uses a Social Emotional Learning program called Compass. The following figure makes it clear that Valor goes far beyond the academics: 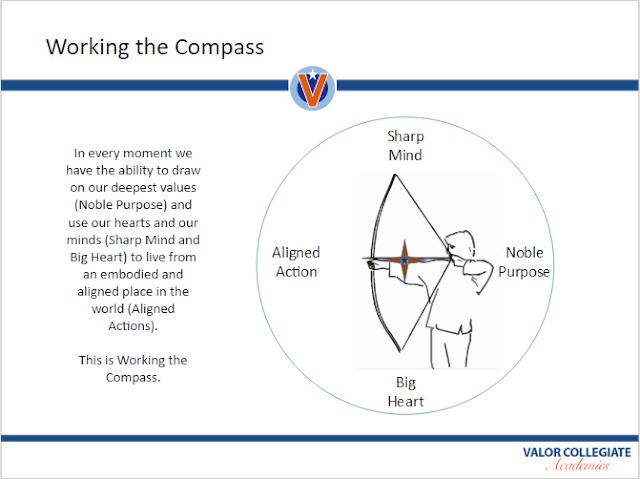 The title of Hernandez' article is "Valor Collegiate Academy: Where Student Well-Being Fuels Academic Achievement". One can see these in the math scores of the economically disadvantaged fifth grade pupils, 93% are proficient or better, way far above the state average of 44%.