August 19, 2016
"Valuing Teachers, Improving their Status" is the theme of this year's World Teachers' Day, October 5, 2016. Of course, the status of the teaching profession can not be simply reduced to how much a teacher gets paid. Still, money talks. Teacher salaries do speak of how much we value our teachers. 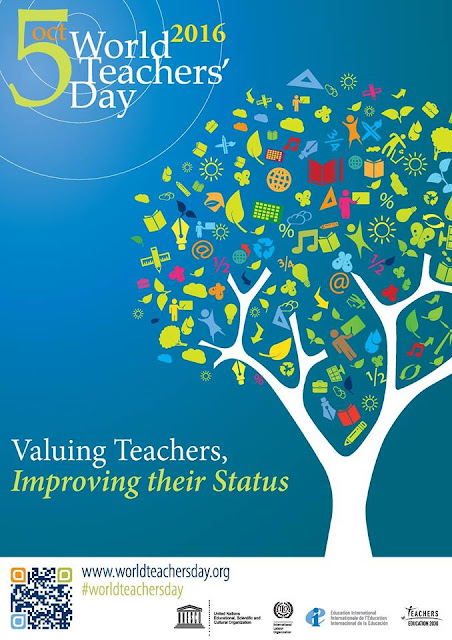 In the United States, the Economic Policy Institute has recently released a study that shows that teachers' pay is significantly lower than those of other college graduates. 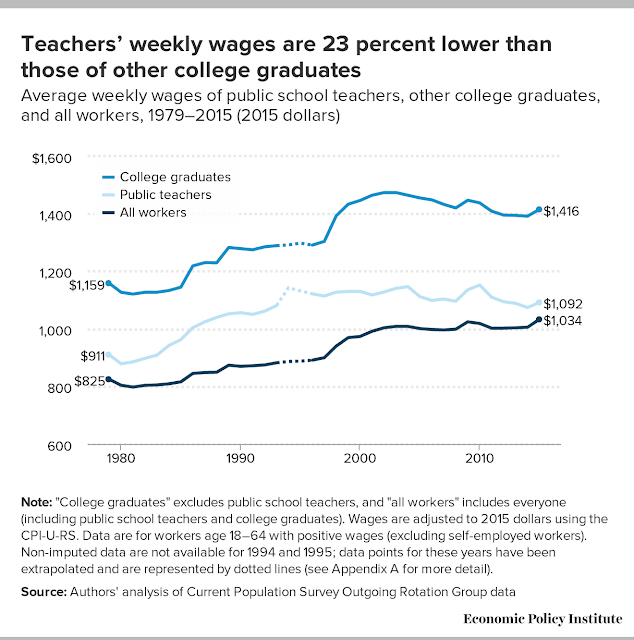 And in the Philippines, the story is pretty much the same. Representative France Castro (Alliance of Concerned Teachers) says that public school teachers are only taking home about 3,500 to 6,000 pesos (75-130 US$) every month:

Rep. France Castro of ACT Teachers Party-List denounced DBM Sec. Benjamin Diokno’s 'anti-poor statement’ when he said “there is no urgency” in giving salary increases to teachers and nurses, yesterday in an Anti-Poverty Summit in Davao. Castro is also dismayed after Sec. Diokno announced that only members of AFP and PNP will have a PhP 5,000 allowance and rice allowance every month starting September and assured that uniformed men’s salary increase be granted by January 2017.
“It’s really alarming that the secretary said this in an anti-poverty event considering that quality education and health services are components of the ‘war against poverty’ being waged by the current administration,” Castro said as she asserted that teachers and nurses play important roles in poverty alleviation.
Castro underscored the fact that teachers and nurses along with other government employees are burdened with the perennial increases of the price of basic commodities faced by cops and military.
The lawmaker emphasizes insufficiency of the PhP 19,077 current monthly salary of entry-level teachers amidst the rising cost of living. Researchers found that PhP 1,093 is required to support a family of 6 per day.
“Teachers only have PhP 3,500-6,000 to as net take home pay each month. This dire state of their financial capacity pushes them to get loans and even pawn their ATM accounts. Teachers had historically fallen trapped in this cycle of indebtedness,” Castro stressed.
Castro condemned this notion that the uniformed service ought to be first since all government employees are equally important in nation building.
The lawmaker also reminds Sec. Diokno of constitutional mandate Art. 14, Sec. 5, Par. 5 to “assign the highest budgetary priority to education and ensure that teaching will attract and retain its rightful share of the best available talents through adequate remuneration and other means of job satisfaction and fulfillment.”