September 15, 2015
The QS World University Rankings® 2015/16 is now available. And GMANews reports that universities in the Philippines have dropped dramatically in the ranking. The drops in scores are shown to be huge.


It is true that Philippine universities have dropped in the QS ranking, but the drop is not as big as reported. The error comes from the fact that the report is using last year's ranking in Asia, explaining the huge disparity between the scores. Using the world ranking for last year, there is indeed a drop, but it is much less dramatic: 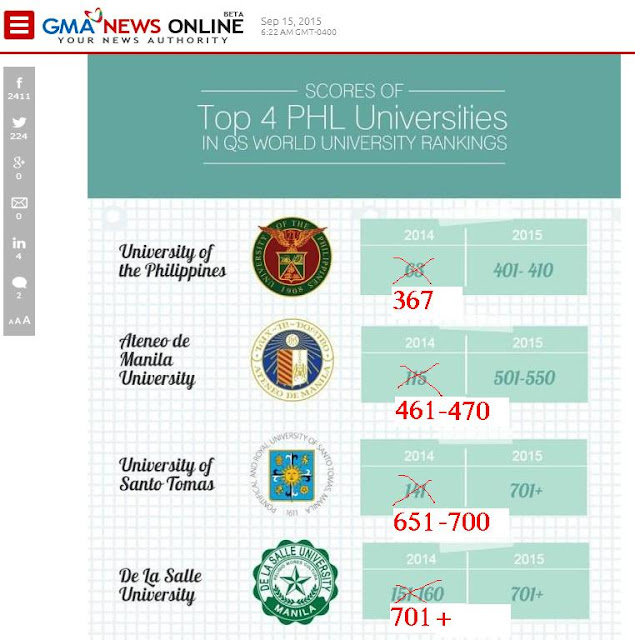 The news item has received three comments that are posted online. One says, "I am not sure which is more convincing proof of the decline of Philippine education: the drop in rankings of its top universities when measured against a global yardstick as asserted.....or the apparent poor basic reading comprehension skills of the assumably Philippine university-educated "journalist" of this article. Oh the irony."