August 22, 2018
We all want our students to become engaged in their learning. Martin and Torres of the National Association of Independent Schools wrote, "Engaged students are more likely to perform well on standardized tests and are less likely to drop out of school. The conditions that lead to student engagement (and reduce student apathy) contribute to a safe, positive, and creative school climate and culture." So I was pleasantly surprised yesterday afternoon to see my daughter's teachers this coming school year in our front yard. The school decided this year that its staff would be visiting their students and families before classes begin. The school calls it the "Community Walk". I was not the only who was impressed, another parent clearly was, as shown on a Facebook post. 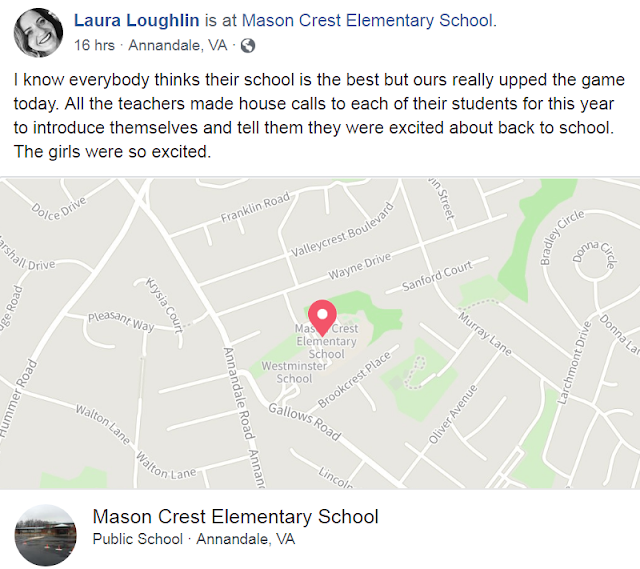 Certainly, there are a number of ways to increase student engagement. Getting the children excited right at the beginning of a new school year with a "Community Walk" is definitely a step in the right direction. Engagement, after all, arises from relationships between the student and parents, and the school's community.

Sadly, we often forget the "relationship" component in engagement and sometimes focus more on less personal items that we think are attractive to students. For instance, technology is frequently regarded as inviting to both students and their parents. Internet, smart boards, and laptops have become tools for schools to impress students. Students do get excited but whether these are in fact helpful in learning remains to be seen.

Susan Payne Carter, Kyle Greenberg, and Michael S.Walker noted in their paper published in the Economics Education Review that, "At the college level, campus Internet access has become a competitive margin as schools battle to attract the best students." They then did a control study to see if the use of a laptop or tablet inside the classroom was beneficial to students. The results were as follows:

We present findings from a study that prohibited computer devices in randomly selected classrooms of an introductory economics course at the United States Military Academy. Average final exam scores among students assigned to classrooms that allowed computers were 0.18 standard deviations lower than exam scores of students in classrooms that prohibited computers. Through the use of two separate treatment arms, we uncover evidence that this negative effect occurs in classrooms where laptops and tablets are permitted without restriction and in classrooms where students are only permitted to use tablets that must remain flat on the desk.

There is clearly a channel through which technology can enhance a student's engagement but that path must be clearly laid out. Using technology merely as an additional instrument for allure is clearly not enough. This is one big difference between technology and meeting a teacher face-to-face. The former requires an appropriate application while the latter already begins with establishing a relationship.