October 26, 2015
Similarities between boys and girls do outweigh differences between the two. However, there are apparently circumstances that can magnify dissimilarities. A working paper from Northwestern University shows that race, poverty, broken homes, and low parental educational attainment lead to larger differences between boys and girls. In all cases, boys significantly have more problems than girls do.

The following graph shows how differences in learning outcomes between boys and girls are affected by these factors:

Black boys are more likely to miss school than black girls. Boys from poor households are more frequently absent than girls from similar socio-economic status. Disadvantaged boys tend to be less prepared for formal schooling. Boys whose mothers are high school dropouts are also more likely to be dropouts. In all cases whether it is poverty, race or low educational attainment or absence of a parent, the gender differences are markedly greater, with boys not performing as well as girls do. These data include more than a million children from the state of Florida from 1992-2002.

The authors have ruled out prenatal factors:


"Family disadvantage has no relationship with the sibling gender gap in neonatal health, measured by birth weight, APGAR scores (a test given right after birth to quickly assess a baby’s health), prenatal-care adequacy, congenital anomalies, maternal health, and labor and delivery complications."

It is clear then that these gender differences grow after birth. The mechanisms on why the environment affects boys more than girls are not crystal clear but the fact is that family, school and neighborhood matter more for boys than for girls. 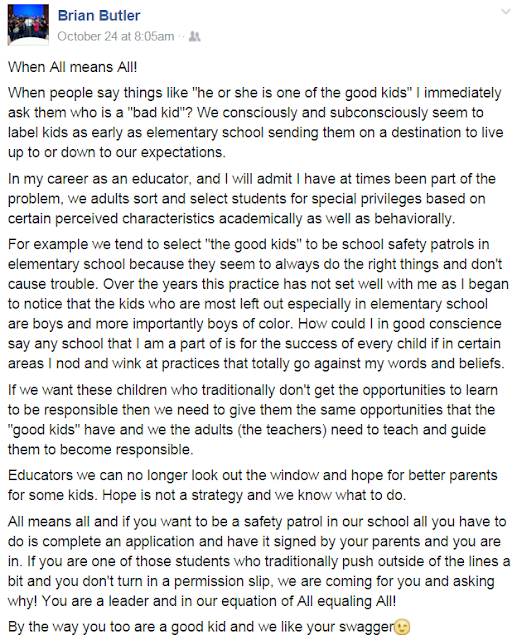 Butler writes, "the kids who are most left out especially in elementary school are boys and more importantly boys of color."

In the Philippines, a similar situation exists: "children who become out-of-school are boys, and more importantly, boys from poor families." 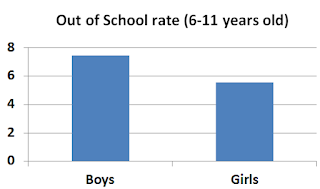 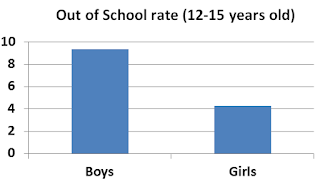 I was once a boy in an elementary school. I likewise came from a poor household. I had poor vocabulary when I entered first grade. I was also quite socially awkward. However, I had teachers who saw and thought that I could be a "good kid". I might not have been able to write well or compose good essays, but I was good in arithmetic. And my teachers played on this strength and helped me with my weaknesses.

The gaps at the beginning of formal schooling are there. It now falls on the shoulders of educators to either magnify or erase that gap. "All means all."