Do We Simply Wait for More Buddy Programs?

December 02, 2020
There is an ongoing essay contest in my mother's hometown in the Philippines. The essay's topic is: “What will I do to make the town progressive?”  The word "progressive" may have different meanings, but in the US, it seems to be the preferred word over "liberal". To illustrate what progressive thinking entails, I would use the following admirable project started by Dolly Parton in her hometown of Sevierville, Tennessee. The project called "The Buddy Program" started thirty years ago. In this program, seven and eight grade students are asked to choose one partner (or buddy), and Dolly Parton will give them $500 each if both graduate high school. The program has been a success, reducing the dropout rate from 30% down to 6%. A popular post on Facebook celebrates this: 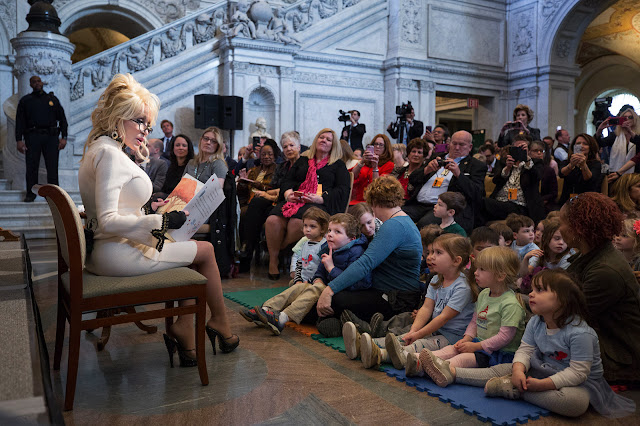 JramhgnsntSupomarnseoyreh 1S9ed  ·
In 1990, the high school dropout rate for Dolly Parton's hometown of Sevierville Tennessee was at 34% (Research shows that most kids make up their minds in fifth/sixth grade not to graduate). That year, all fifth and sixth graders from Sevierville were invited by Parton to attend an assembly at Dollywood. They were asked to pick a buddy, and if both students completed high school, Dolly Parton would personally hand them each a $500 check on their graduation day. As a result, the dropout rate for those classes fell to 6%, and has generally retained that average to this day.

Shortly after the success of The Buddy Program, Parton learned in dealing with teachers from the school district that problems in education often begin during first grade when kids are at different developmental levels. That year The Dollywood Foundation paid the salaries for additional teachers assistants in every first grade class for the next 2 years, under the agreement that if the program worked, the school system would effectively adopt and fund the program after the trial period.

During the same period, Parton founded the Imagination Library in 1995: The idea being that children from her rural hometown and low-income families often start school at a disadvantage and as a result, will be unfairly compared to their peers for the rest of their lives, effectively encouraging them not to pursue higher education. The objective of the Imagination library was that every child in Sevier County would receive one book, every month, mailed and addressed to the child, from the day they were born until the day they started kindergarten, 100% free of charge. What began as a hometown initiative now serves children in all 50 states, Australia, Canada, and the United Kingdom, mailing thousands of free books to children around the world monthly.

On March 1, 2018 Parton donated her 100 millionth book at the Library of Congress: a copy of "Coat of Many Colors" dedicated to her father, who never learned to read or write.