"Weight of Evidence" versus "Balance" in News Reporting

October 12, 2017
In an opinion article on "fake news" in the Philippine Daily Inquirer, a former journalist and journalism professor, Crispin Maslog, wrote: "We drill into our students the principles of objectivity, double-checking facts, accuracy, fairness and balance in news reporting, as well as responsibility in opinion writing." Fairness, objectivity and balance are standards we often hear regarding news reporting. Both sides need to be heard. In fact, when I was trying to get my opinion on K to 12 published in the Inquirer, I was told that the editor would always want to have a reply from the other side. Since the Department of Education never made a comment, my articles were never published. While this norm on balance may be appropriate for political news, applying it to issues that are best addressed by scientific research is actually precarious. Other examples where balance in news reporting is problematic are climate change and drug addiction. On Rappler, Cecilia Lero wrote, "Drug use in no way adversely affects my personal or professional lives."


The debate within the scientific community is of course dominated by a broad consensus on what psychoactive drugs do to the human body. Here is an example: 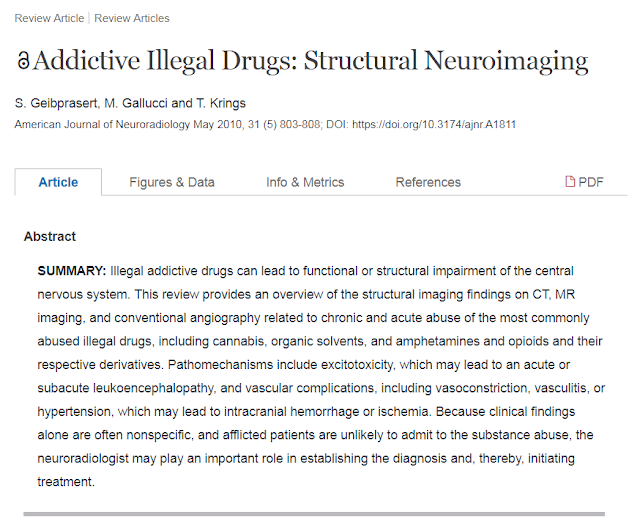 What is worth noting here is part of the last sentence in the above abstract: "...afflicted patients are unlikely to admit to the substance abuse...." Clearly, balance in news reporting is not advisable especially when mounting evidence goes against publishing the other side.

Another example is on climate change. Boykoff and Boykoff found that in the United States, mainstream news outlets were giving both sides of the debate equal coverage: 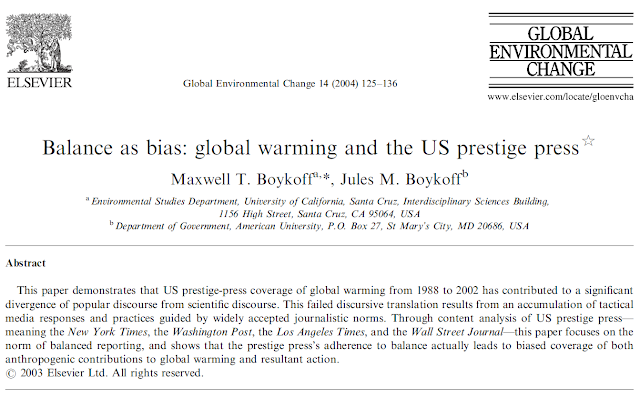 Balance clearly cannot be a substitute for truth. To this dilemma, Sharon Dunwoody, Evjue-Bascom Professor of Journalism and Mass Communication at the University of Wisconsin-Madison, offers the following suggestion:

"I suggest another strategy that would permit journalists to retain their emphasis on objectivity and balance but still share with their audiences a sense of where "truth" might lie, at least at that moment. I call this strategy "weight-of-evidence" reporting. It calls on journalists not to determine what's true but, instead, to find out where the bulk of evidence and expert thought lies on the truth continuum and then communicate that to audiences. Reporters are still responsible for capturing points of view accurately (objectivity) and for sharing with audiences the existence of more than one contrasting point of view (balance). But added to that mix would be information about which point of view has captured the hearts and minds of the majority of experts, information about where they think the truth lies at that moment."

Rappler should therefore have added a footnote to Cecilia Lero'a article that says what most experts really think about psychoactive drugs.