January 19, 2016
Paul Kiel in the New York Times writes: "The most recent federal survey in 2013 put the difference in net worth between the typical white and black family at $131,000. That’s a big number, but here’s an even more troubling statistic: About one-quarter of African-American families had less than $5 in reserve. Low-income whites had about $375."

There is race and there is income. Some even look at gender differences, but data on socio-economic status and education are clear: There is a widening gap between poor and rich children when it comes to education outcomes. Sean F. Reardon summarizes the findings on the "Income Achievement Gap" in an article published more than two years ago in Educational Leadership. Here are the important points:

1. The difference in academic achievement based on standardized test scores between poor and rich children has been increasing. 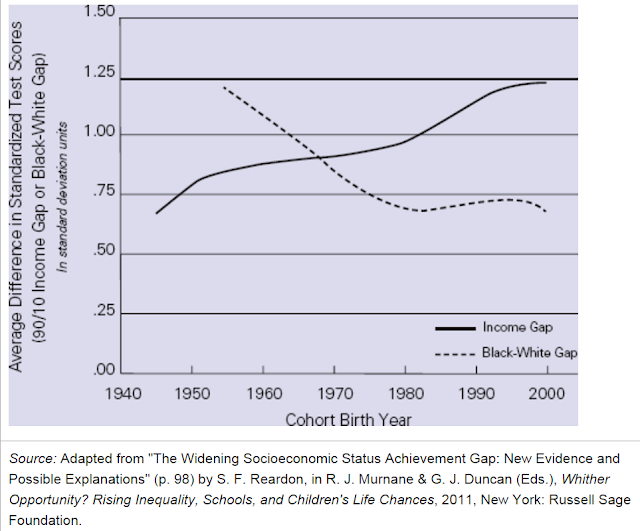 Above copied from Educational Leadership


While differences in test scores between a black child and a white child have been decreasing during the past four decades, differences based on income have been rising.

2. This difference is seen in other measures such as enrollment in college. 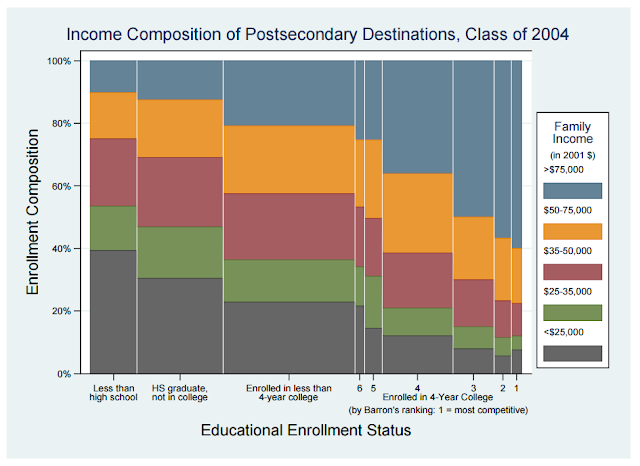 Above copied from Race, income, and enrollment patterns in highly selective colleges, 1982-2004


The graph above makes it clear that enrollment in selective colleges is vastly different between the wealthiest and the poorest.

3. This difference is seen as early as school-readiness in kindergarten (K). 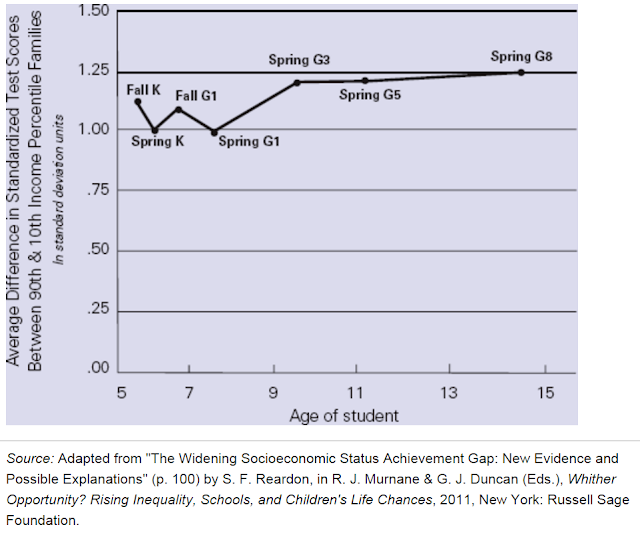 Above copied from Educational Leadership

In another study, the differences in school-readiness measured at kindergarten based on race have been shown to disappear substantially when socio-economic status (SES) is taken into account.